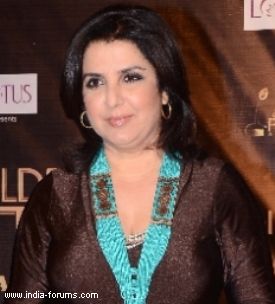 Filmmaker-choreographer Farah Khan says she doesn't need an alarm clock to wake her up in the morning.

Farah is married to director-producer Shirish Kunder and the couple together has a triplet -- daughters Anya and Diva, and son Czar.

The 48-year-old says she woke up by the noise of drum beats which her six-year-old son was playing.

"You don't need a morning alarm when you have a six-year-old boy who's got a drum set as a birthday present. Now to find out who gave this gift," Farah tweeted Sunday.