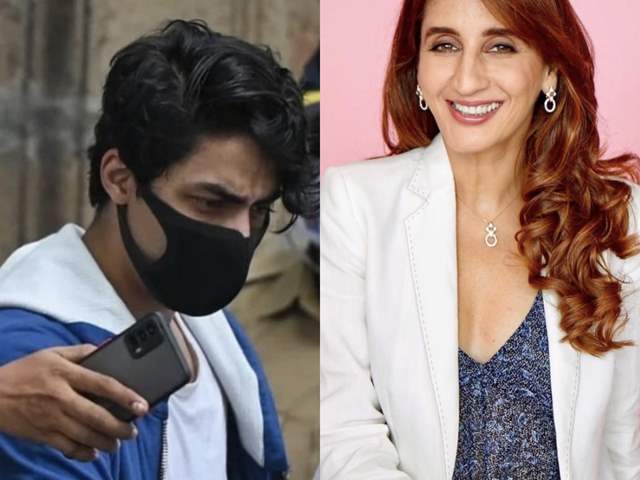 During Aryan Khan's bail hearing in the sessions court, the NCB's Additional Solicitor General (ASG) Anil Singh argued that Aryan Khan was planning to have a good time on the cruise.

The investigation team has also been looking into the star son's WhatsApp chats for hints of Aryan being a regular user as well as an international drug ring.

In court, Aryan Khan's lawyer, senior advocate Amit Desai, argued that the language in the chats may have been misunderstood.

"This youth of today have a different way of expressing themselves, which may seem like torture to us older generation," he said, according to Bar and Bench.

The language (used by them) may appear to be different than what should be used in a court of law. And those conversations may, as they should, raise suspicion.

Farah Khan Ali agreed and shared a series of words on Twitter, introducing the Narcotics Control Bureau to millennial jargon. 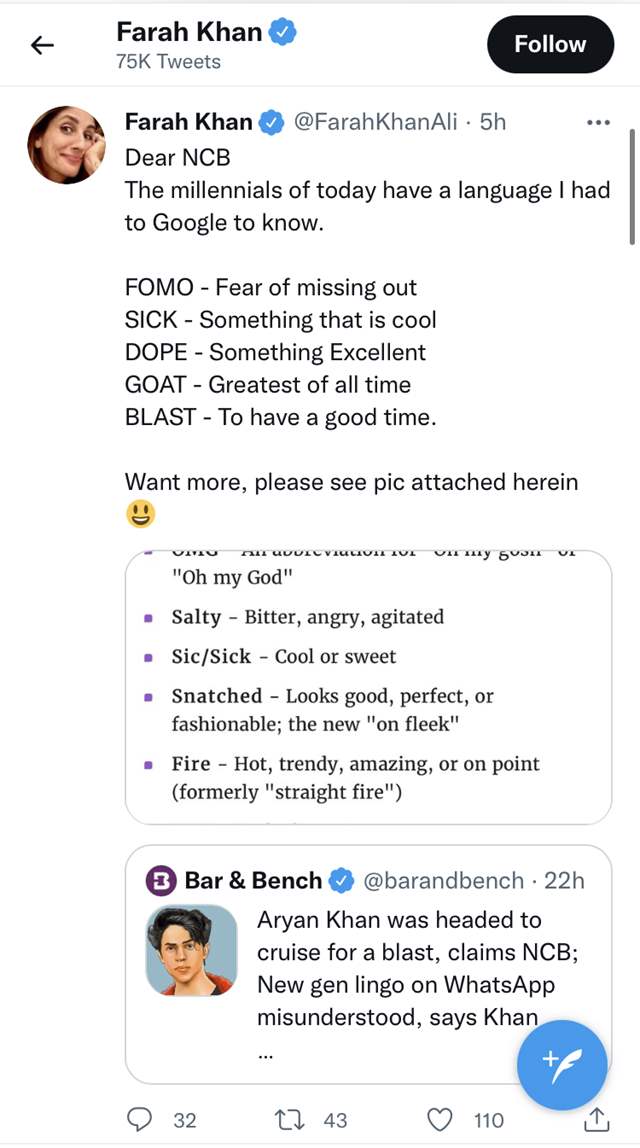 "Dear NCB, The millennials of today have a language I had to Google to know. FOMO - Fear of missing out SICK - Something that is cool DOPE - Something Excellent GOAT - Greatest of all time BLAST - To have a good time. Want more, please see the pic attached herein,” Farah Khan Ali had shared. Previously too, she had extended support to Shah Rukh Khan and tweeted,I've always supported you and will continue to do so. I've known them for a long time and know they're nice people. I hope everything goes well for them."

1 months ago She would know it for sure..After all her ex-husband was caught for drug possession , her sister, Hrithik Roshan's ex wife is a known drug user and the entire family is pally with Rampal, the principal drug supplier in Bollywood..Instead of teaching NCB officials, why not teach ones' own kids not to do drugs, for a change, eh???

1 months ago shame on these so called celebreties.supporting druggies.

1 months ago She seems worried about her Blast 🤣.