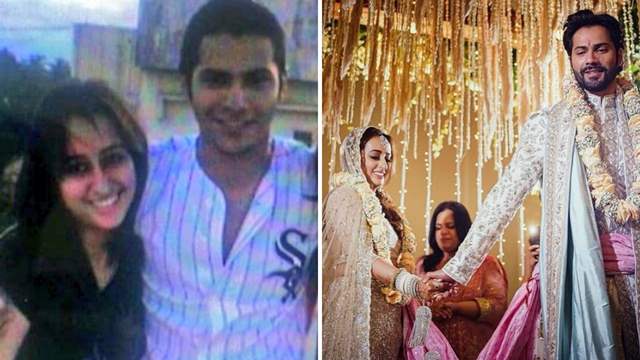 Bollywood actor Varun Dhawan broke a million hearts as he got married to his childhood girlfriend Natasha Dalal on Sunday, January 24 2021. The couple finally took the plunge and tied the knot in Alibaug.

As Varun and Natasha step into the new journey of marriage as husband and wife, fans dug up their old pictures from the time they were dating each other. Netizens shared the before and after pictures of the newly weds and lauded their long lasting relationship.

One user wrote, “From introducing as his girlfriend to the world to introducing as his wife. Some things never change.” “Varun and Natasha's wedding pictures look straight outta fairytale And the fact that he married his childhood sweetheart and not let the industry he's working in affect him speaks a lot God bless the beautiful couple always!” tweeted another.

Varun and Natasha got married at the Mansion House in Alibaug in presence of family and close friends including Karan Johar, Manish Malhotra, Zoa Morani, Kunal Kohli among others.

No Bollywood actors were present at the wedding and it is being rumoured that a glitzy reception will be hosted in Mumbai later.