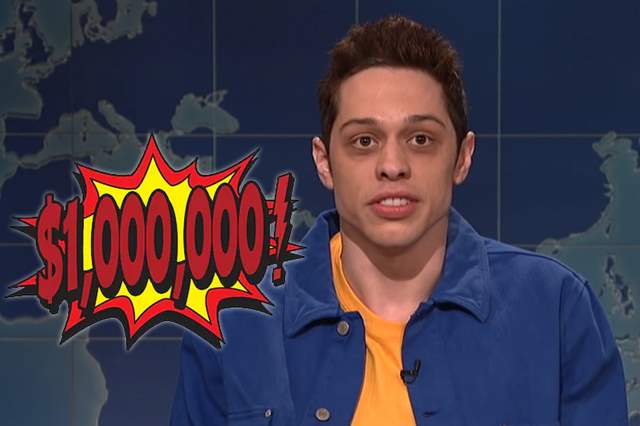 Talk about taking precautions and comedian and actor, Pete Davidson seems to be right atop the pile. Davidson, who is also an active member of variety sketch series, Saturday Night Live has been presenting non-disclosure agreements before each of his comedy shows.

The incident was first brought into notice when fans were attending Davidson's standup act at the Sydney Goldstein Theater, where they were asked to sign a lengthy contract that forbade them to tweet or instagram any opinions or comments about the performance.

One attendee Stacy Young, originally discovered by Consequence of Sound, posted the alleged NDA on her facebook which stated: “the individual shall not give any interviews, offer any opinions or critiques, or otherwise participate by any means or in any form whatsoever (including by not limited to blogs, Twitter, Facebook, YouTube, Instagram, or any other social networking or other websites whether no existing or hereafter created.”

“I didn’t want to sign it because it was basically saying that I wasn’t able to comment on it or have an opinion,” Young told Variety. “The most you could say is ‘no comment.'” After refusing to sign the NDA emailed to her from the venue, Young was given a full refund but there was no additional information as to why this was happening, “I called the box office and wondered if it was for a special, but they didn’t have any information.”

The fine for breaking said NDA was a whopping one million bucks, “In the event of a breach of this agreement, individual shall pay company, upon demand, as liquidated damages, the sum of one million dollars, plus any out of pocket expense.”

“I understand that comedians are protective of their material,” Young added. “But to not be allowed to express an opinion, whether I liked it or not, is off-putting in an Orwellian thought police way.”

Sources confirmed to Variety that Davidson’s NDA would again be handed out on Saturday prior to his show at Chicago’s Vic Theatre.

Koyal from Undekhi is the perfect debut I could have asked for: ...