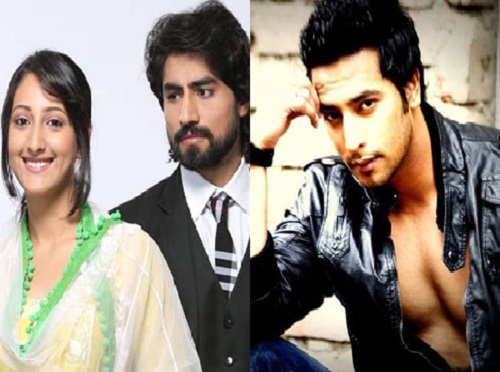 Sony TV's Humsafars produced by 4 Lions Films have kept their viewers glued to their couches. The makers have not just focused on the sizzling chemistry between Sahir (Harshad Chopra) and Arzoo (Shivya Pathania) but they have also made sure that viewers are getting to see something new and interesting in every episode of the show.
Up next that our source informs us is, "Kurti Appa (Zeena Bhatia), Sahir's nanny, will be seen insulting Arzoo in front of everyone by claiming that she is pregnant with Zaki's (Sehban Azim) child. Learning about this, even Sahir falls prey of the situation and misunderstands Arzoo. Zaki and Arzoo have been good friends and share a friendly bond which led everyone believe the fact. Basically what happened was, Kurti Appa overhears Zaki and Arzoo's conversation and she misinterprets the entire conversation and led to a lot of drama."
Well, do you think Arzoo will be able to prove herself innocent? Will Sahir get to know Arzoo's truth? If yes, then how?
Keep reading this space for more updates on your favourite shows.
Upasana Patel

Sehban Azim: The only thing I would like to change in TV is the ...

-munira- 6 years ago You were brilliant in today's episode... Keep rocking SaAz

zaidaa 6 years ago Harshad n Shivya were fabulous in yesterday episode. ...keep up the great work

-pushpi- 6 years ago Harshad Chopra,
Brilliant is an understatement of your portrayal of Sahir...keep up amazing work