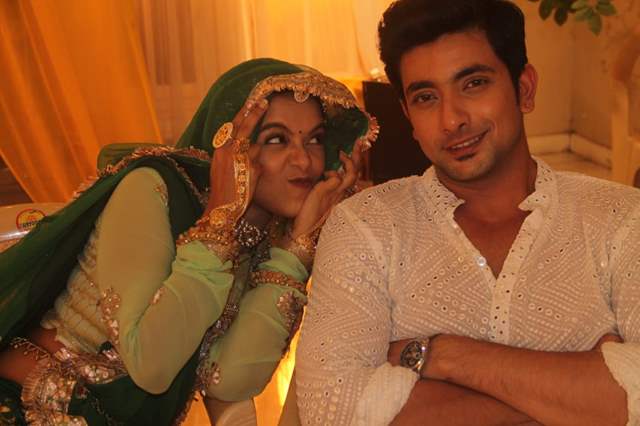 “Fahmaan and I were living our little filmy moment on set,” reveals Megha Ray on performing to Aankhon ki Gustakhiyan for Apna Time Bhi Aayega

Ever since its premiere, Zee TV’s Apna Time Bhi Aayega has been inspiring its audience with its thought-provoking tale and entertaining them with consistent twists and turns on the show. In fact, the recent conflicts between Rani (Megha Ray) and Ranvijay (Imran Khan) has kept viewers at the edge of their seat to see who will finally win the battle. While Ranvijay was trying to find a way to destroy Rani by pushing her off a building, little did he know that the latter walked away unharmed and took up a new avatar to keep a close eye on him. In the process, Rani not only managed to fool everyone, but also convinced Veer (Fahmaan Khan) in believing that he has lost her forever. While #RanVeer fans haven’t been able to see much of them together, they were in for a treat recently as they saw their favourite duo getting romantic after the latter agreed to stay in touch and meet Veer secretly, provided that he lets her find her own way to unravel Ranvijay's true colours.

While the entire Rajawat household began the Teej festival celebrations, Rani sneaked inside the house in a Rajasthani bridal avatar. However, instead of coming face to face with Veer, she chose to linger around and play a game of hide and seek with him frantically running around to find her. This entire scene was shot on the popular song ‘Aankhon Ki Gustakhiyan’ and we must say the whole sequence between Veer and Rani will remind viewers of Salman Khan and Aishwarya Rai Bachchan’s striking chemistry in the song. In fact, Megha and Fahmaan also decided to seek inspiration from them to do justice to the scene.

Revealing more about the scene, Megha revealed, “Veer is looking around to find Rani, while in the original track, Salman was trying to steal a glance from Aishwarya. However, despite the differences we decided to use their chemistry in the song as an inspiration to do justice to the sequence. We remembered their scene from the song and did an impromptu act and it turned out to be phenomenal. I think we both had fun shooting for this scene because both of us were living our little filmy moment on set. We both are filmy and I am sure this song is something everyone enjoy listening to and we had a blast shooting for it.” 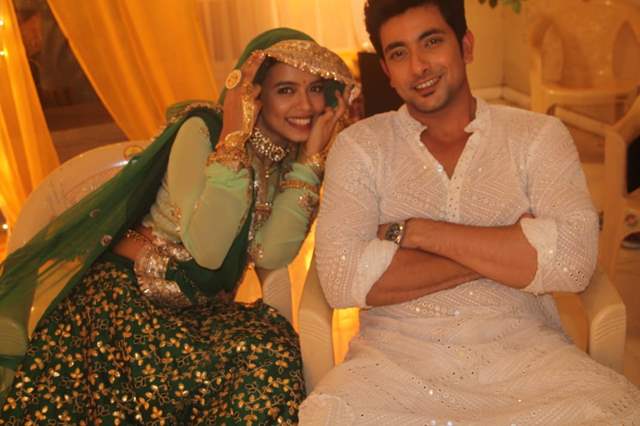 Talking about taking up a new look for her character once again, Megha added, “The entire team puts in their best efforts to style Rani as they have to maintain her simplicity. However, this new look was a complete makeover, and it gave everyone a Padmaavat vibe, even though the styling was done slightly different.  The entire outfit, from the blouse to even the kamarpatta and the choker that we selected, brought out a different aura. I felt like a cute and beautiful Rajasthani bride! However, it was quite a challenge shooting in the attire since the ghagra was very heavy and I kept slipping while running across the floor. Despite all the challenges I truly enjoyed essaying the scene."

While Rani has managed to make progress in her mission, she also made an attempt to bridge the gap between Rani-sa and Veer. However, as the drama unfolds, there comes a point where Ranvijay gets to know that not only is Rani alive, but she is out to get him as Devi. Will Rani be able to expose him in front of Veer and the family? 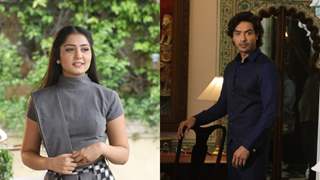 1 months ago Megha Ray and Fahmaan Khan are rocking as Veer and Rani. They are the soul of Apna time bhi aayega.

+ 3
1 months ago Fahmaan Khan And Megha Rey as veer and Rani rocks.

2 months ago Rani and Veer's "Aankhon ki gustakhiyaan" scene was superbly done and filmed too.I lived it with them.♥️