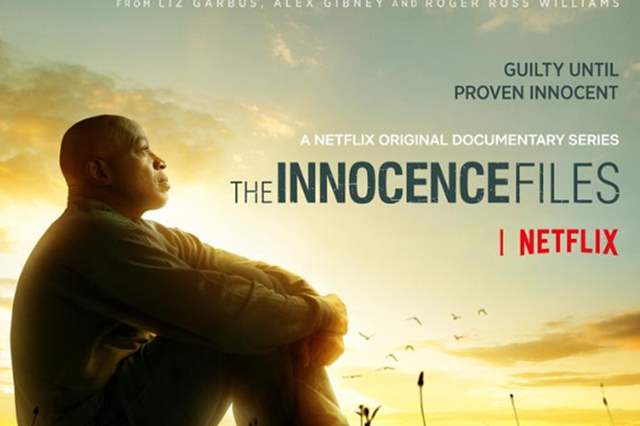 The cuurent scenario related to the death of George Floyd under the knee of a white police officer in Minneapolis has triggered nationwide reflection on systemic racism in America. While the focus since Floyd’s killing has been on policing, the Netflix documentary series The Innocence Files widens the lens to interrogate bias and misconduct in the criminal justice system as a whole—encompassing police, prosecutors, trials and evidence, and mass incarceration.

The Emmy-contending series, which features episodes directed by Oscar winners Alex Gibney and Roger Ross Williams, and Oscar nominee and Emmy winner Liz Garbus, grew out of the work of the Innocence Project, a nonprofit with a mission to “free the staggering number of innocent people who remain incarcerated, and to bring reform to the system responsible for their unjust imprisonment.”

“The objective [of the series], as far as I was concerned, was to honor the Innocence Project and what they have done and what they continue to do,” Gibney tells Deadline, explaining his motivation for coming on board. “One of the things I learned in doing this series, which was so great, was how their work has made them understand fundamental flaws in our justice system that we do have to correct. So for all those reasons, I thought, ‘Great, I’m in.’”

Gibney directed Episode 7 of The Innocence Files, examining the case of Chester Hollman III, a young African-American man accused in the 1991 killing of a foreign exchange student in Philadelphia. He was convicted of murder and sentenced to life in prison on the basis of a police investigation and prosecution riddled with wrongdoing.

The episode shows how the lead prosecutor suppressed exculpatory evidence, including a police interview with a woman unconnected to Hollman who appeared implicated in the crime. That unethical assistant district attorney, ironically, was also African-American.