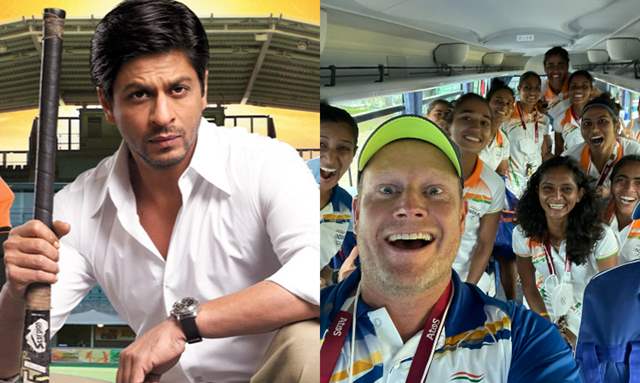 The entire nation is reeling in happiness as the Indian women’s hockey team saw a historic win against Australia at the ongoing Tokyo Olympics. Coach Sjoerd Marijne, on Monday, tweeted a picture with the Indian team post their advance to the semi-finals of the Tokyo Olympics. "Sorry family , I coming again later," he wrote in the tweet.

Retweeting the picture, Shah Rukh Khan wrote, "Haan haan no problem. Just bring some Gold on your way back….for a billion family members. This time Dhanteras is also on 2nd Nov. From: Ex-coach Kabir Khan," referring to his role in the Bollywood film Chak De! India.

Reacting to Shah Rukh's tweet, Sjoerd said, "Thank you for all the support and love. We will give everything again. From: The Real Coach."

Many top players have represented India and given their best to win the Gold medals for their country.

Meanwhile, the nation’s celebrities have been extending their support amid the Olympics in Tokyo. Shah Rukh tweeted his reaction after several Twitter users, including Randeep Hooda, compared the real-life visuals from the Olympics with the climax of Chak De! India.

‘Chak De! India' is the story of an underdog - Shah Rukh Khan's character, Kabir Khan - who coaches the women's team to victory in the Hockey World Cup, coincidentally beating Australia in the final - having been thrashed by them earlier in the beginning of the tournament.