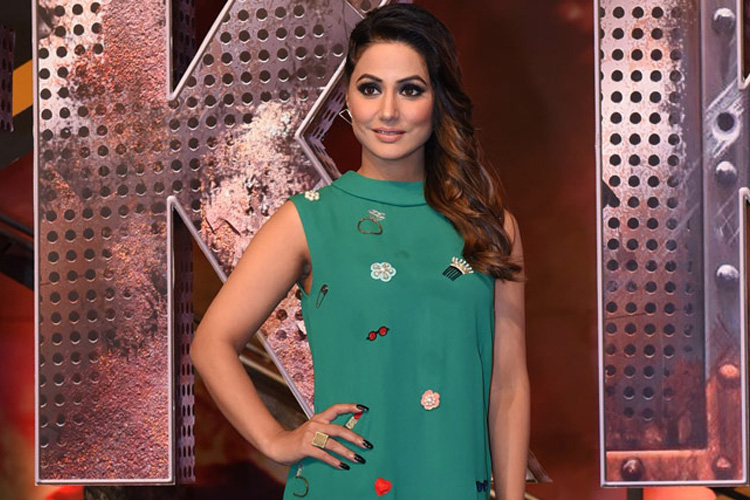 Khatron Ke Khiladi: Pain In Spain is all set to go on-air this weekend and we are certain that you are excited as much as we are.
We already know that Hina Khan, Ravi Dubey and Shantanu Maheshwari are the finalists of the show but the alluring list of other contestants which include Rithvik Dhanjani, Karan Wahi, Nia Sharma among others gives us further reasons to watch the show.
As the show reaches its premiere, there have been a lot of speculation about Hina Khan being finalised to be the winner of the show and that Colors channel are planning to invest upon her to be the new face of the channel.
We quizzed Hina about the same to which she said: "I don't know why there has been such rumours, but if it happens I'll be the happiest."
She added, "Honestly, I don't know who is winning the show and who is not, but I have tried to do my level best in every hurdle on the show and if I win, I'd be very happy. But, it isn't only me, there are other contestants too who have done exceedingly well. The tasks are designed in such a way that all I can say is that whoever has done it in the least amount of time and done it better shall win," she added.
Who are you rooting for in the show? Drop your comments below.
16 Likes