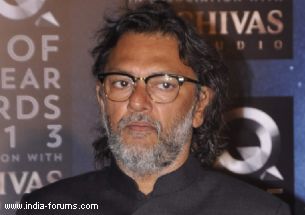 Reacting to the ongoing hullabaloo about the feasibility of having a Bollywood awards extravaganza during elections, acclaimed filmmaker Rakeysh Omprakash Mehra says the need of the hour is a system of e-voting.

"There will be millions of people who will be travelling on and around the date of voting, not just people who are going to IIFA. I feel a system of e-voting needs to be put into place, enabling citizens to cast their vote from wherever they are," Mehra told IANS before leaving for Tampa Bay, Florida to attend IIFA.

Several celebrities are scheduled to fly to the US city for the four-day gala, but some of them have delayed their plans until Thursday when they will cast their vote before they fly to Tampa Bay.

"IPL (Indian Premier League) has gone to the Middle East, and that event is 10 times bigger than IIFA...so, there should be a way to go forward and it is important to introduce e-voting online in a secure way.

"People will be travelling for all reasons - personal, business or professional. It is not about IIFA or IPL, it is about organising ways and making it simpler and convenient for people to cast their vote from any place," he added.

Mehra is also upbeat about conducting a talk with his "inspiration" Narayana Murthy, co-founder and executive chairman of Indian IT giant Infosys, as part of the business forum during the IIFA Weekend and Awards.