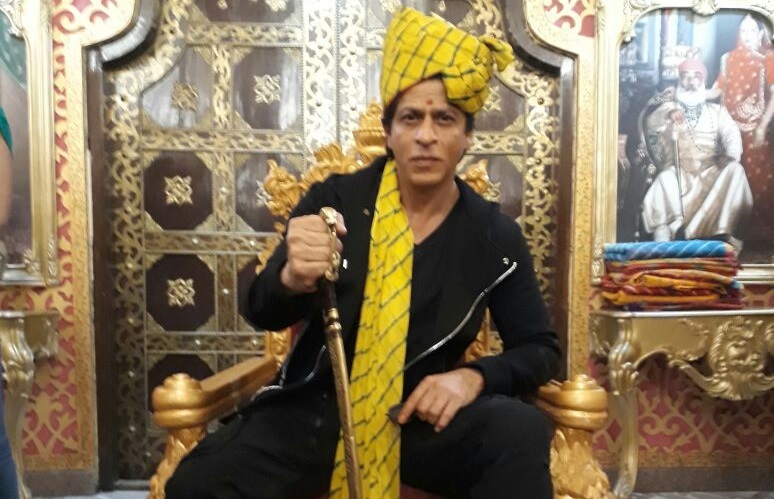 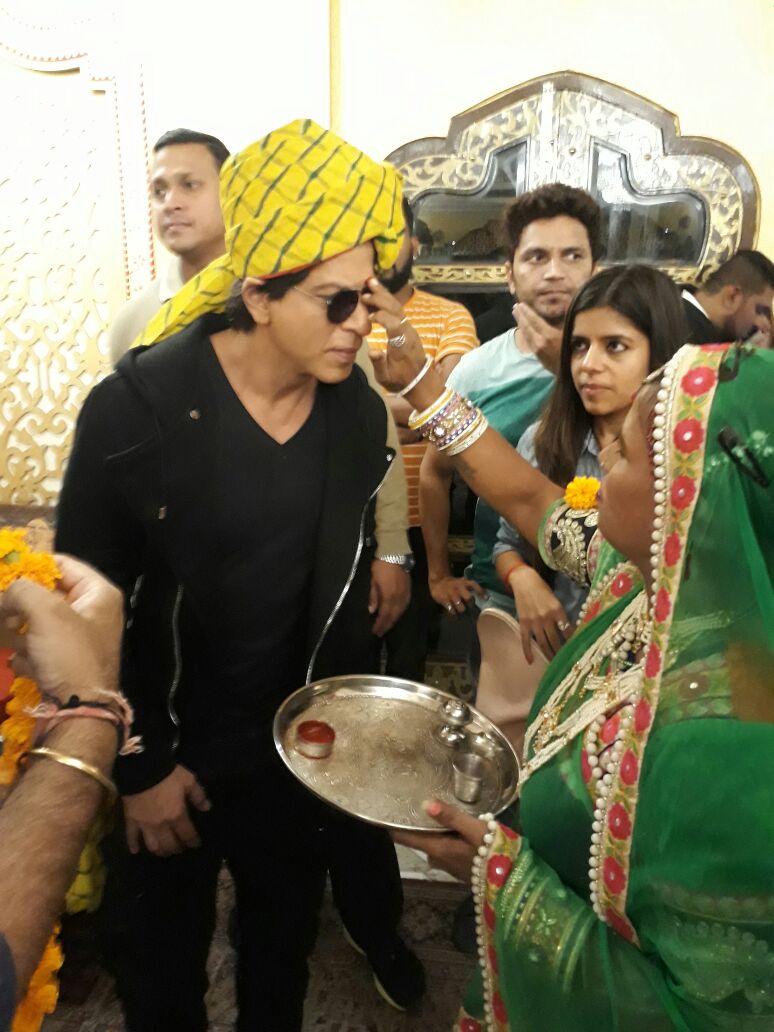 Shah Rukh was hosted by a Rajasthani restaurant and was treated to a special Rajasthani thali. It was for the first time that Shah Rukh was relishing authentic Rajasthani cuisine and the actor made the most of his appetite. 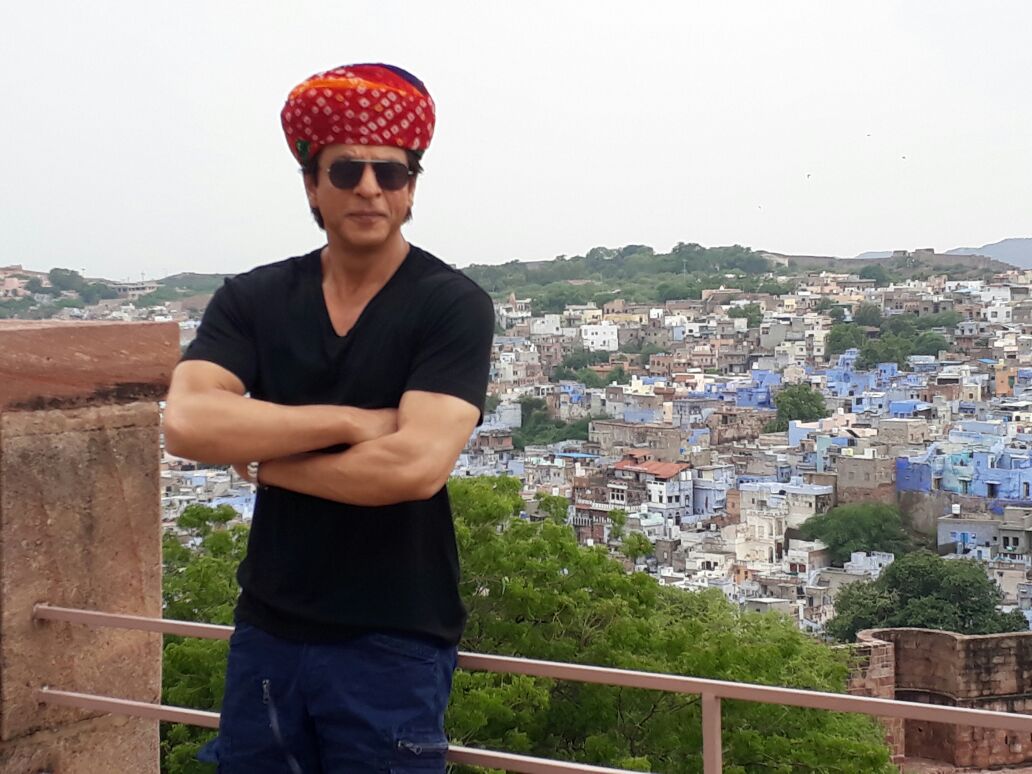 The 52-year-old was seen gorging on dal baati and churma in a gold thali. 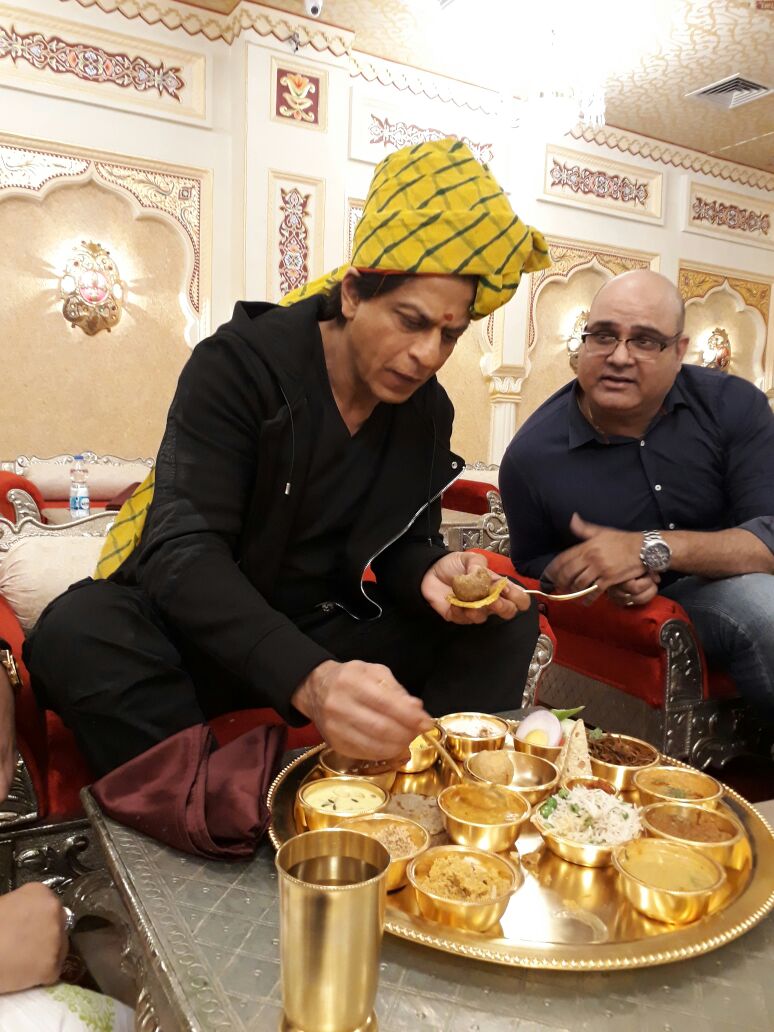 "I had just heard of dal baati. It's fantastic and really nice. I wonder how people finish this food. It's really filling and very tasty. For me, it's a first-time experience. Now, I will come here once in three months at least," Shah Rukh said in a statement. 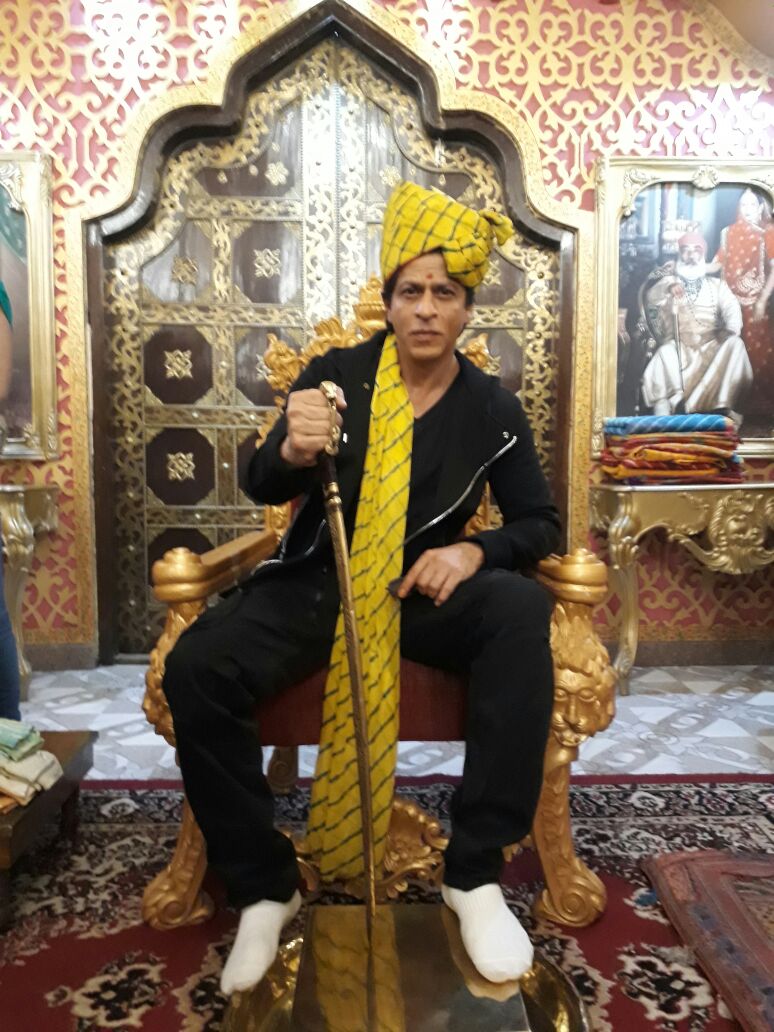 The restaurant created a royal ambiance to mark Shah Rukh's visit and welcomed him traditionally with a worship plate and tika in addition to presenting him with a pagdi, Rajputana sword and garland. 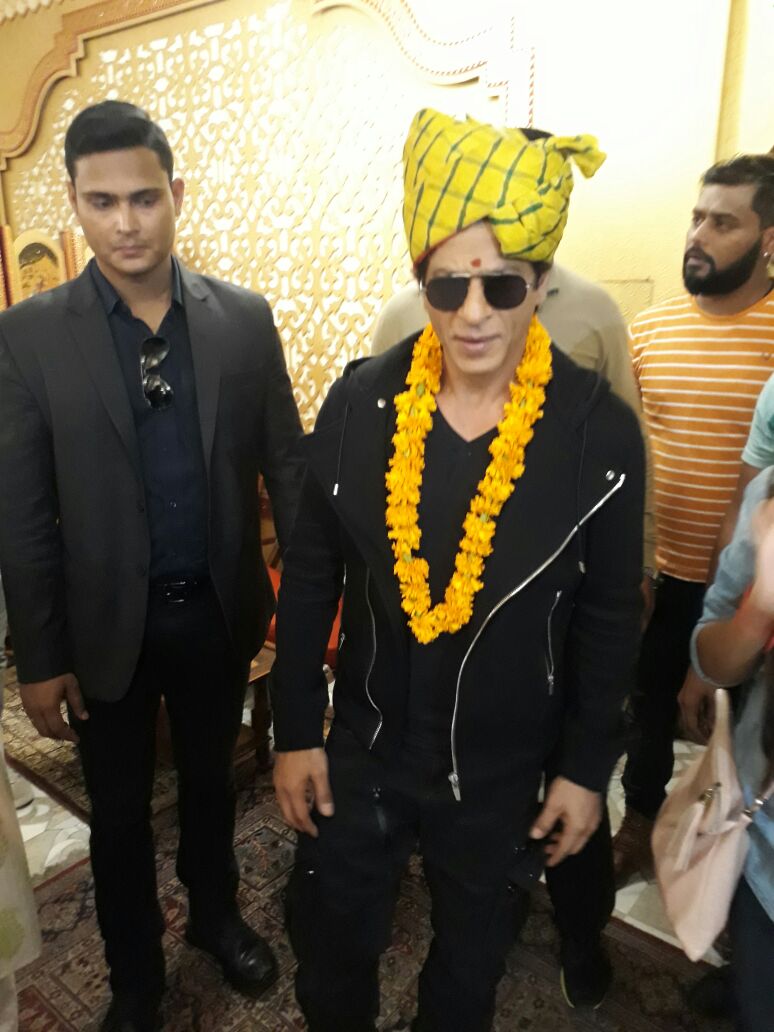 Rajasthani singers were also placed to recreate some of the "Don" star's most iconic songs with a Rajasthani twist.

Shah Rukh was on a two-day visit to Jaipur, but had his schedule altered to accept an Honorary Membership accorded to him by the Jodhpur Tourist Guide Association on Friday.

He then took to the job of a guide and toured Mehrangarh Fort in Jodhpur.

pallavi25 3 years ago Wow, Lucky SRK, that gold thali and the scrumptious food on it, love the royal treatment hes getting!

Deblina Chatterjee to be seen as Lakshmi in Vighnaharta ...
15 minutes ago

Here’s why Akhilendra Mishra initially denied playing the ...
17 minutes ago

Sushant Searched about Painless Death, Trouble in ...
24 minutes ago

Rishina Kandhari talks about resumes shooting, her perfect ...
46 minutes ago

Yeh Rishta Kya Kehlata Hai: Kartik to take care of his ...
57 minutes ago

Sushant Singh Rajput fans gear up for a second round of ...
57 minutes ago