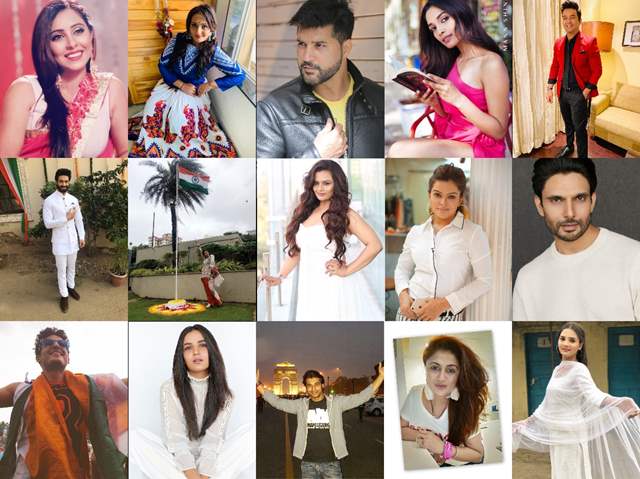 India will be celebrating its 74th year of Independence this year, but even after seven decades are we really independent or are we really free? Celebs feel even though our country is independent, we individuals are not because of our mindsets. Read on to know more: 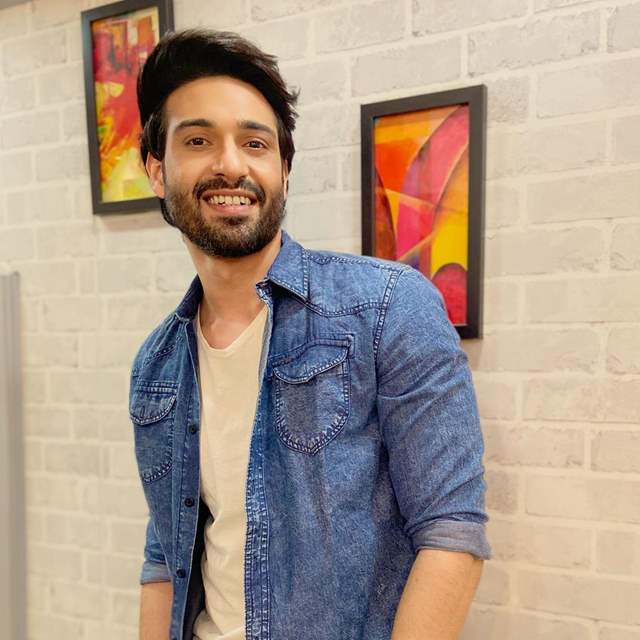 Vijayendra Kumeria: We will be celebrating 74  years of Independence, but we still need a lot of development, like good health care system, less poverty, rural economy, sanitation, etc.  need a lot of attention. It's very subjective when we talk about freedom of speech, sometimes you feel that you are free to talk about any issue, but sometimes it's not the case. Thanks to social media, in the name of freedom of speech there are some people who say a lot of things or rather troll people without having their facts right. Freedom of speech doesn’t mean that you are free to talk dumb. 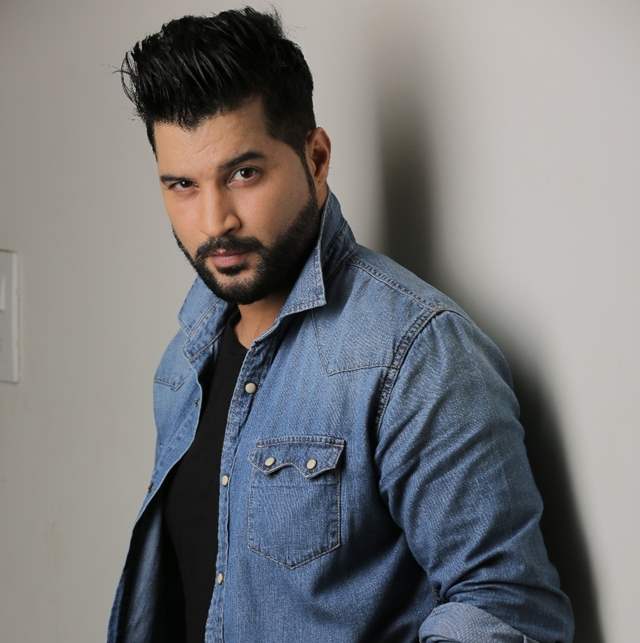 Vikas Sethi: Even after seven decades, we are not as independent as we should be. Freedom of speech is restricted due to media and political pressures. We need to become more open-minded as a society, and less judgemental. I believe we have a long way to go in terms of expressing ourselves truly as actors, writers, singers, and in the corporate world. 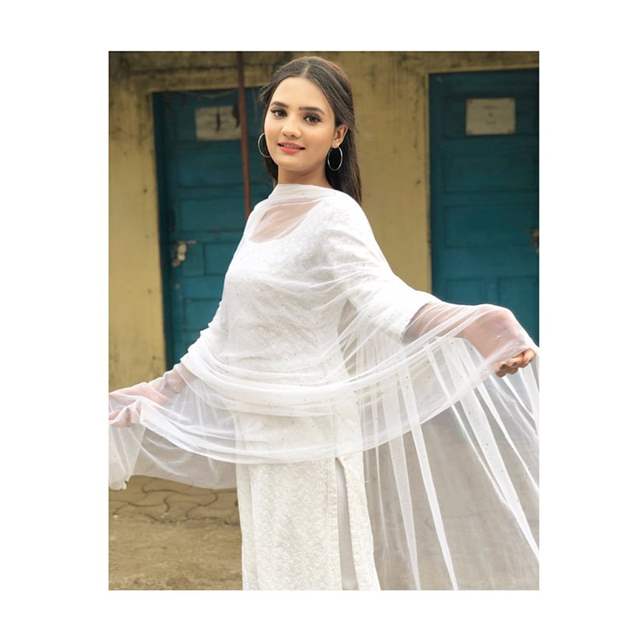 Ashna Kishore: I feel we are really independent after seven decades, we have really come a long way and apart from freedom of speech, we have several fundamental rights that let us live an essential lifestyle that we are living presently. Obviously there are areas that needs improvement. I think while India is free, people are not, the moment people are free of their critical mindset about sexism, racism, gender inequality, we will be truly free then.  Nothing can truly change in our system unless people are willing to change themselves. 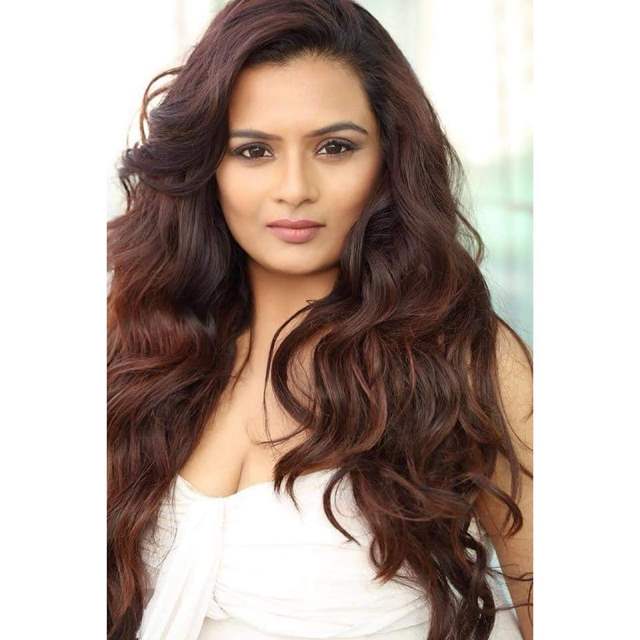 Dhruvee Haldankar: The fact that a female, a working woman, and that too a single working woman, living away from her city of birth is answering this shows that we have become independent and free in many ways. I am pursuing a career of my dreams, I do not need a husband's surname to get a house on rent, and I am asked for my opinion presents a modern society. But at the same time, many sections of our country are still in dark times. Lack of dignity of labor, farmers committing suicide, and people lacking toilets and other necessities for living a hygienic life - the list is very long and shows that true freedom is not a reality. Regarding freedom of speech, my opinion is that the global presence of social media has definitely given voice to the common man. However, the speech will be free in the truest sense, only if people like  police constable Sunita do not have to go for resignation, Sushant Singh Rajput's parents do not have to keep quiet for so long. This list is also very long. 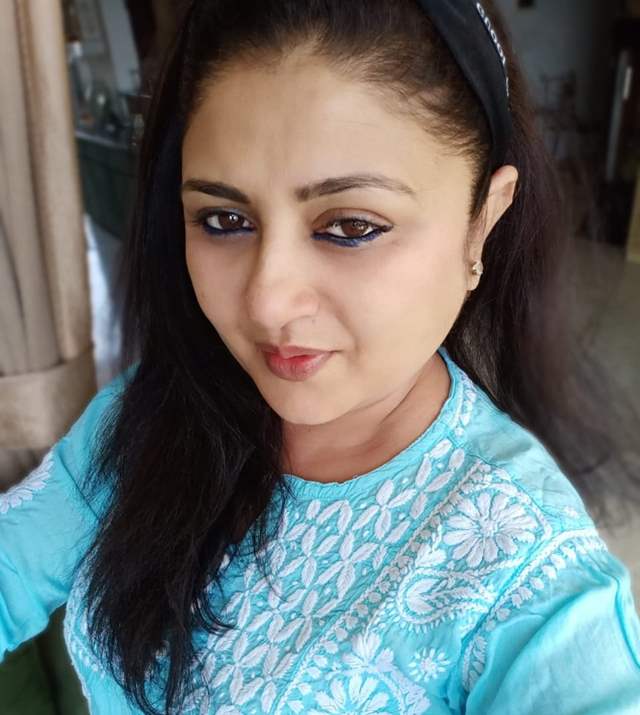 Jhanvi Sethi: As a co-founder of MyZindagi Foundation, I still feel we have a long way to go in terms of being independent even after seven decades. We still need to address issues around mental health, and being open to discussing the same in Indian society. It's ok to seek help for counseling, it's ok to be on medication for mental well-being. We need to learn that as a society. 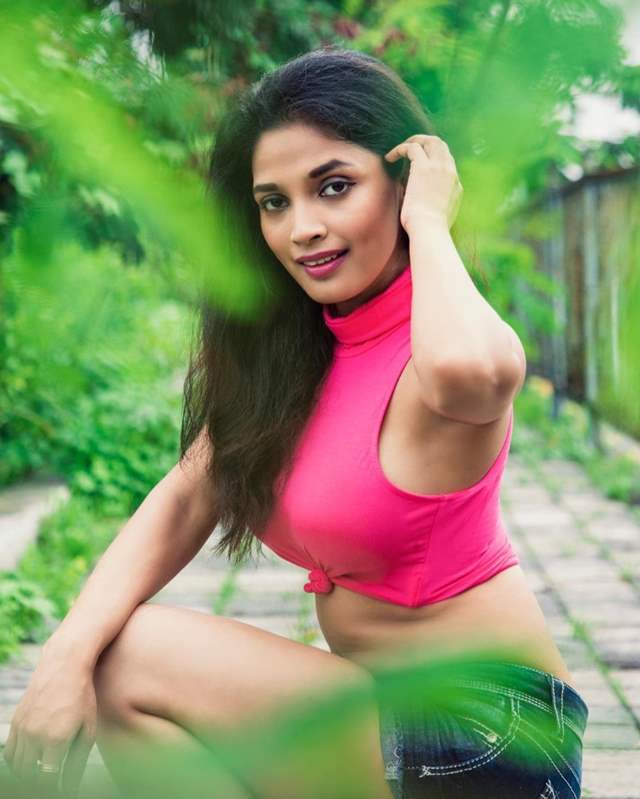 Aarvika Gupta: I feel that it is our duty to not only celebrate our freedom, but also understand the real meaning of freedom. 15 August feels like a festival and showing respect just for one day to our country is not enough. In reality what you think of your country, and what steps you take personally to make any changes, that's what matters. Because a country is made with every single individual and if one of them can make a change then whole country can bring a change. We talk about being good with each other, we talk about human rights but we can’t maintain what we say. We talk about respecting girls but we know the reality that  girls are scared of walking alone on the road. Only when things like this are taken care of, we will be truly independent. 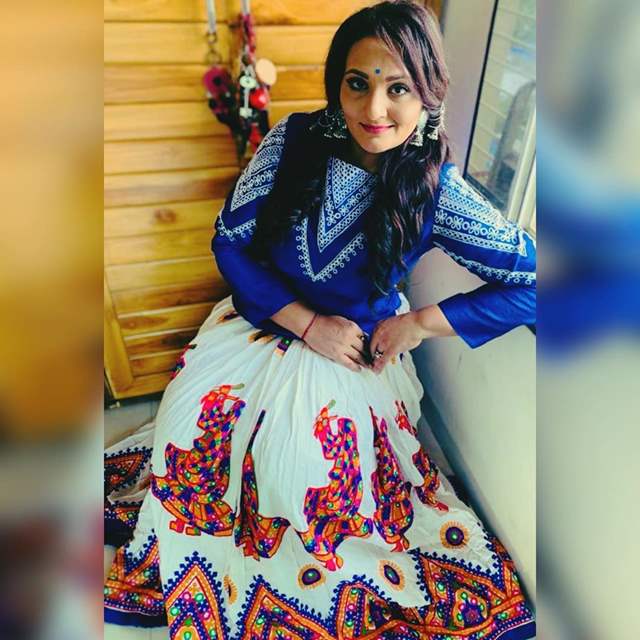 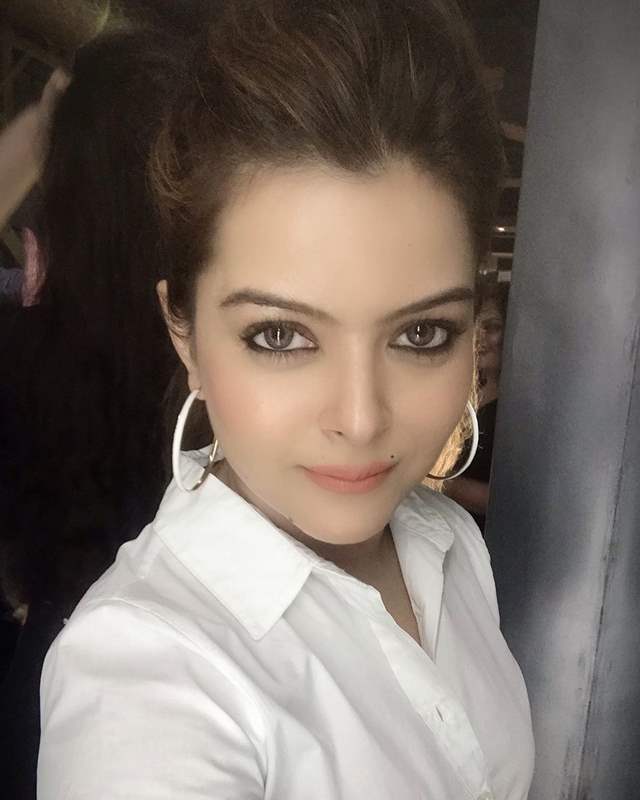 Shilpa Raizada: We will be celebrating 74th year of Independence, but we are not independent at all. Our mindset needs to change, especially towards girls. People say that there is no difference between a daughter and a daughter-in-law, but they are never treated equally. Daughters are free to do anything, but people won't allow the same for their daughter-in-law. People are still afraid of speaking the truth, because they think it might put them and their family at risk and they might face economic crisis. So I think we need to change our mindset, once we do that we will be truly free. 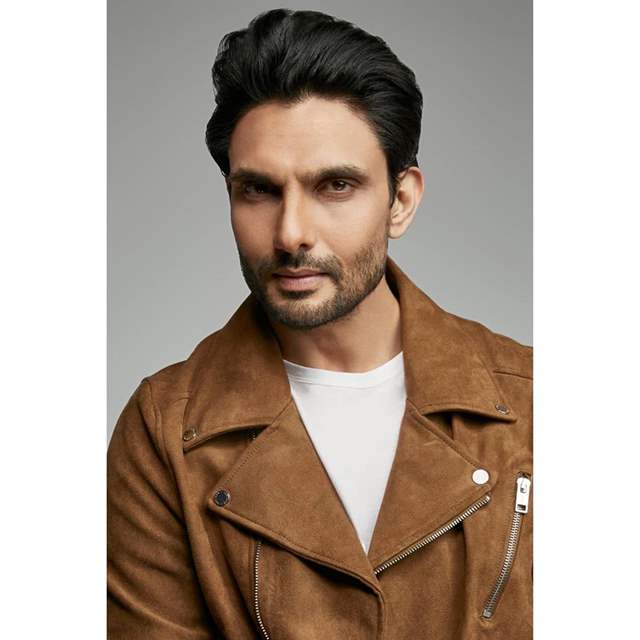 Amal Sehrawat: We have come a long way in this past 74 years, but there is so much to do still. Poverty, education, women safety, are not the only issues which need attention. The list is very long. And as far as the freedom of speech is concerned, I think people use it very wrongly. In the name of freedom of speech people troll others, that should be restricted. 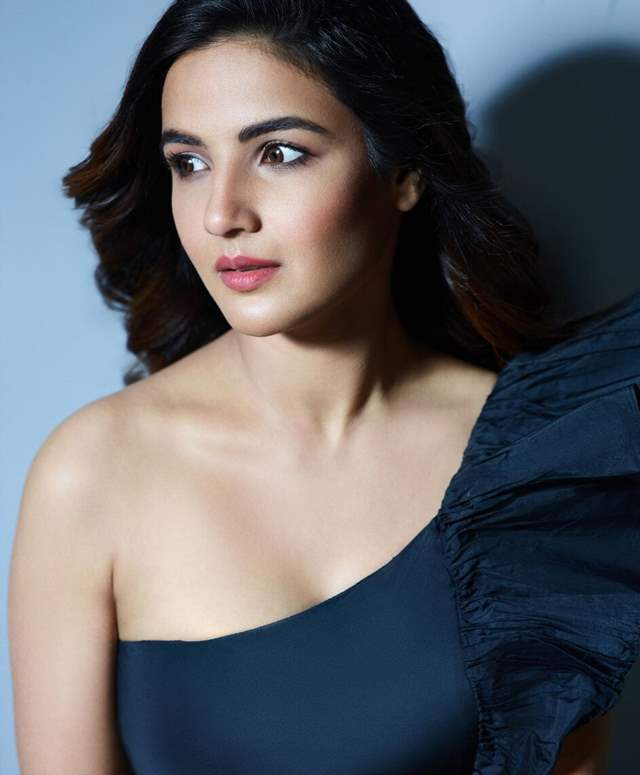 Jasmin Bhasin: Yes, I feel we are free and independent after these 74 years, but our country needs improvement in lot of areas. Especially in the medical field. Look at the COVID cases, there are no beds in hospitals, people are dying on street. It's really scary. I think medical field and women safety, are the two things we need to work on first. And freedom of speech is so wrongly used on social media. Just go through a female actor's profile and you will see such vulgar and abusive comments, so I feel it's just wrongly used. And all these people giving it the name of freedom of speech should be punished. 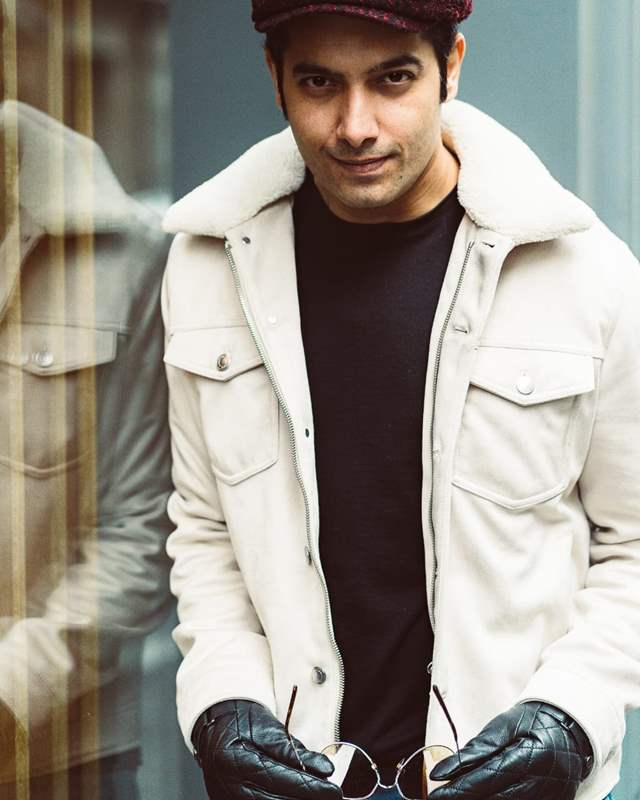 Sharad Malhotra: We will be completing 74 years of Independence, a lot has changed in the country in the past seven decades, but a lot of areas need improvement too. I think we need to change our mentality first, though our country is progressive, somewhere our minds are very regressive. We still discriminate based on religion, gender, and states too. So, we need to change our mentality first and then only we can improve as a nation. And as far as freedom of speech is concerned, these days anyone and everyone can say anything to anyone, and that's not right. There's so much hatred on social media, which needs to be addressed. How can we progress as a nation with so much hatred in our hearts? 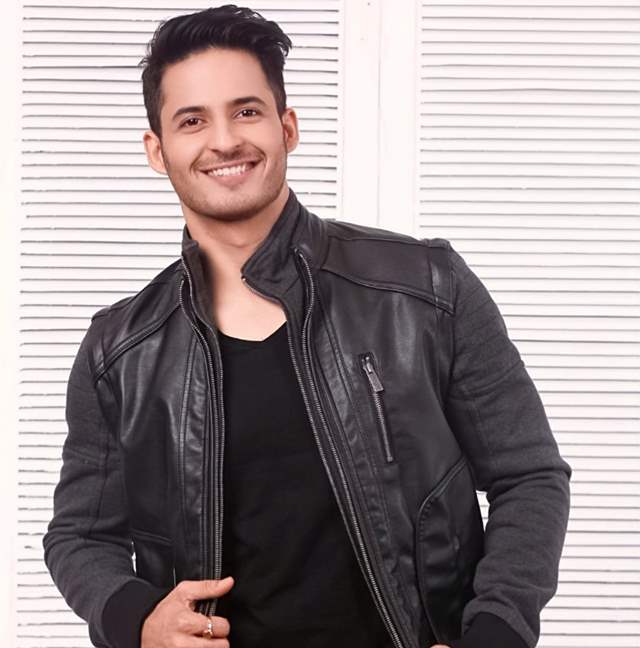 Mohit Malhotra: Happy Independence Day to everyone. After seven decades, India has certainly improved as a nation, but people have not. Living in big bungalows, people differentiate between a boy and girl child, child marriage is still prevalent in many villages, female fortified still happens, so a lot of things still need improvement, especially for women in India. And freedom is speech is there, but as I mentioned that people have not changed, so are people using it properly? In the name of freedom of speech, people abuse others on social media. Is this really freedom? Your freedom is someone's pain. We need some stricter laws especially for such bullying and abusing on social media. 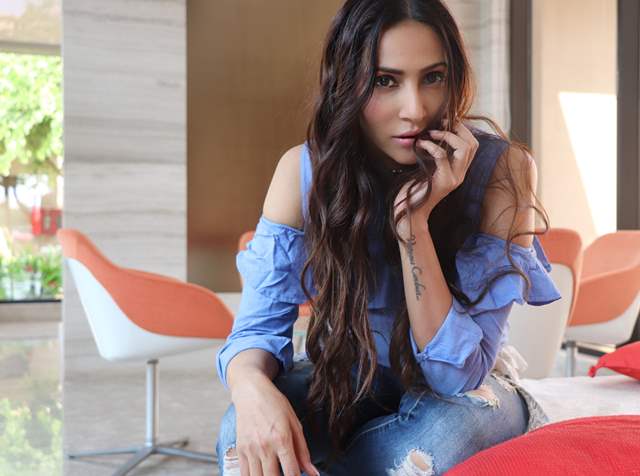 Rishina Kandhari: After seven decades, I feel we are independent. As far as improvement is concerned, it's an unending process. There are so many national, regional and communal issues that need attention. Yes, we have freedom of speech, but freedom of speech doesn't mean criticising, cursing and abusing only for vested interests. 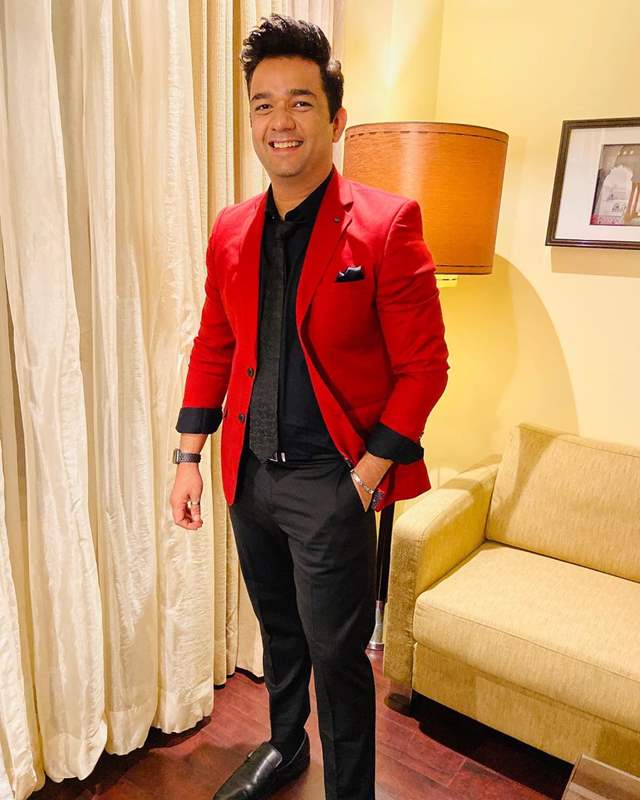 Kettan Singh: We are actually very independent compared to other global countries where you have restrictions in many things. India is still way ahead in terms of freedom of expression, freedom to make your own religion and even to make your own choices in relationships as well. Yes there are some areas which need attention. We hear news of intolerance, minority and even the majority not given the due that it actually needs, and this thing needs to improve. It is the society that makes sure how it is evolving, not the government or one single person. As far as freedom of speech is concerned, yes we have it, but we have to use it with a lot of responsibility as well. People who troll, they use abusive language which is their freedom of expression, but being abusive is very irresponsible. So, yes, you have freedom speech to keep your ideology, but to abuse someone is not right. 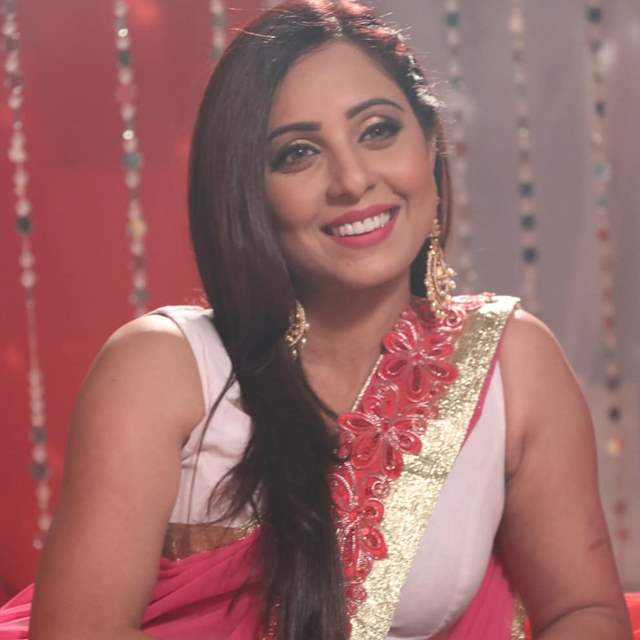 Khushboo Kamal: We have got freedom for almost 74 years, but still in our country girls are not safe. Recently, I heard a news that one girl who is all Indian topper, who got scholarships of Rs.4 crore some guys eve teased her and she was found dead. From this we can understand that women are not safe in the street of India. We need to work on freedom of speech for women, women education, women empowerment, female child birth, these are some areas in which we have to take some serious actions.

My emotional memory helps me shape my character in Anupamaa: ...
48 minutes ago

Barun Sobti says his transformation for Halahal was 'a bit ...
50 minutes ago