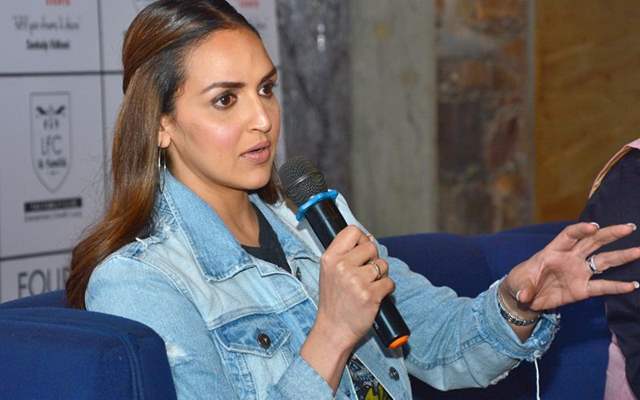 In these unprecedented times, physical and mental health has become all the more important. Many celebrities have taken up Yoga to keep themselves fit. Actress Esha Deol today posted a picture where she can be seen doing Yoga.

In these trying times it’s important to keep ourselves mentally & physically fit so I get my daily dose of peace here .... stretching & yoga is always a good thing ! So start today from home.

Esha has earlier shared several posts on her workout sessions and lately has been endorsing ‘Stay at Home’ message on her social media.

Being a classical dancer, the actress who has given birth to two beautiful daughters, has always been in good shape but Yoga is something that she has started practicing again for her overall well being.

On the work front, the actress is gearing up to make a comeback with a film that she has already shot and a web show that is in pipeline. The details of the films are not yet out though.

In an interview earlier, the speaking about her upcoming film, she had said,

"When the film came to me, I felt it was a story that had to be told. I cannot name the projects because the announcements will be made soon by the people concerned. It was a story that was close to my heart and I could relate to it as a mother and as a woman. I could completely empathise with the subject and that is what made me say yes to this film.”

Vidhi Pandya on sitting at home one and a half year & dealing with ...

‘Struggled to smile for pictures’, Ira Khan talks about dealing with ...