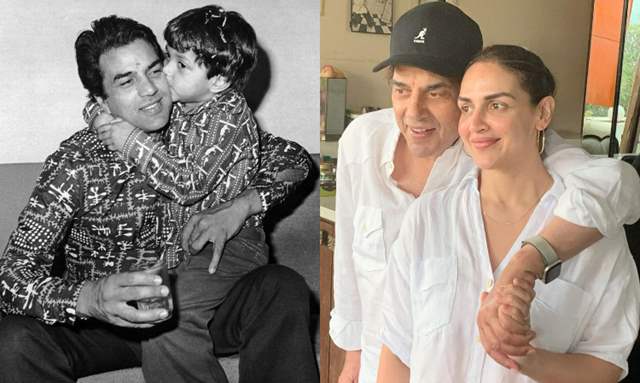 In the wake of farmers’ protests against the Centre's farm laws, many celebrities have expressed their stand over the on-going issue. Actor Dharmendra turns 85 today, during a recent interview with Hindustan Times the actor revealed that he no longer celebrates his birthday, but remembers his late mother on the day.

He also revealed another reason to skip his birthday celebrations this year was the farmers suffering and the ongoing pandemic.

On the other hand, half-siblings Esha Deol and Bobby Deol on Tuesday wished their father Dharmendra on his birthday. The two took to their social media handles and shared special posts for their dad.

Sharing two pictures of the two of them posing together, Esha wrote in her caption, “Holding on to this hand for eternity. Love you papa. Happy Birthday. Wish you happiness & the best of health always.”

Bobby shared an old black-and-white picture of himself, sitting on his father’s lap and giving him a kiss on the cheek. He wrote in the caption, “Love you Papa... Happy Birthday.”

Finally, talking about Apne 2 where apart from the three usual Deols, grandson Karan Deol also joins the cast, he said that it is a great feeling that he will able to share screen space with his grandson in a film. He also mentioned that Karan is a good actor and claimed he will essay the character well in the film.

We wish the legend a Happy Birthday