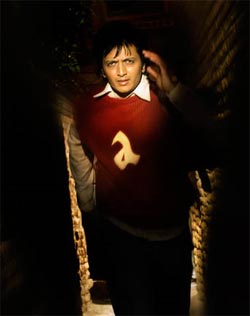 Featured Video
elease this year. Having seen the first cut of Aladin starring Amitabh Bachchan, Sanjay Dutt, Riteish Deshmukh & Jackie Fernandes, Eros is confident of the product and has announced the sequel even before the release of the film.

Speaking on the development, Kishore Lulla, Chairman & Managing Director, Eros International said, “Eros is committed to the Indian film industry and our aim is to make wholesome Indian cinema for the global audience. We are very proud of Aladin as it is a 100% Indian product and are very confident of its universal appeal among audiences. I am not worried about the fate of this product at the box office but we will continue to invest our faith in such cinema which can be watched across the globe and Aladin 2 will be a bigger challenge in every aspect as it will be many times more than Aladin 1” Sunil Lulla, President, Eros International, India added, “I am confident with Aladin, we have a Hindi film for a global audience. It is going to be a complete family entertainer with universal appeal as there is a little something for everyone – lots of magic and fantasy for the kids along with action adventure and romance for the youth. Adding to that, the film guarantees some of the best and most complex visual effects seen in Indian cinema, hence the sequel will be a bigger challenge with higher expectations”.

Sujoy Ghosh said “I was completely taken aback and touched by Kishore’s reaction. This was a very nice gesture by Eros; Aladin 2 will be a bigger challenge and much more fun. I don’t understand cross over cinema but the aim is to make a full on Hindi film, songs, dances et all, for a global audience”.

This is the first time that a film studio has gone ahead with plans to produce a sequel before even the release of the film. The sequel is slated to go on floors mid next year. The original cast is expected to return.