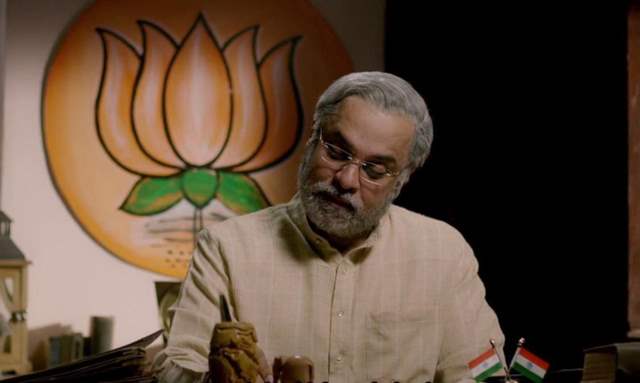 The trajectory of the series based on PM, Modi traces his journey from humble beginnings, his struggle, and then delivering for 3 consecutive terms as the Chief Minister of Gujarat and finally becoming the Prime Minister of the world’s biggest democracy. Helmed by Umesh Shukla and Ashish Wagh, the series ensembles a stellar star cast comprising Cast - Mahesh Thakur, Ashish Sharma, Faizal Khan, Darshan Jariwalla, Prachee Shah Paandya, Makrand Deshpande, and Anang Desai.

The show depicts various snippets from PM Narendra Modi’s life as a statesman and paints a portrait of the real journey: a tea seller, a common man from a humble background who rose into political glory via a spiritual route dedicating his life selflessly to serve the nation.

This three-episode season will showcase a detailed narrative of his accolades and his rise, highlighting the challenges he faced and the peculiarities of his daily life in his quest to become the Prime Minister of the nation after holding the portfolio of the Chief Minister of Gujarat for 12 years. Giving a thorough insightful look into Modi’s life, from CM to the prominent leader of the nation, that he is today, what’s interesting is that the show will release in five different languages Hindi, Tamil, Telugu, Kannada, and Gujrati respectively.

Highlighting different shades and characteristics of Mr. Narendra Modi, the show shall provide a sneak peek into what led him to be the man he is today and into his role as a charismatic leader, that inspired billions. This series will not only delve deep into his term as the Chief Minister of Gujarat but the significant changes that unfolded unveiling. The paths that led him to become the enigmatic leader, he is today. It will in totality inspire and help viewers all over to know more about our current Prime Minister, Narendra Modi.

Commenting on the same, Mahesh Thakur mentions, “Ever since childhood, we have often heard about the marvellous journey of our PM Narendra Modi and it’s a story that has marked a prestigious place in the history of our nation. Playing such a prestigious character is honestly an honour, but comes with great responsibilities. I am excited and looking forward to the viewer’s response. I am confident they will love the entire series.”