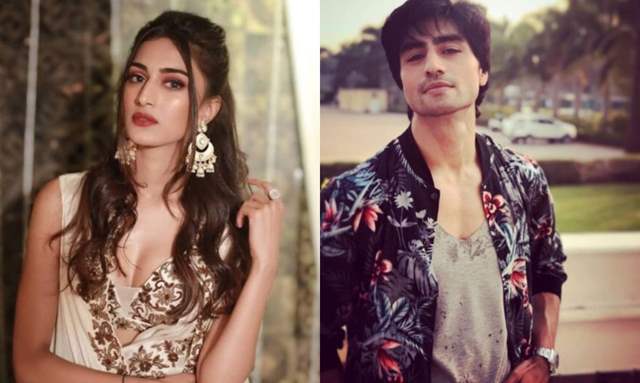 We have witnessed an upsurge in the trend of music videos and for a while now, it has seen various unconventional pairings come up together. While we have seen many fan favourites, the latest being one with Hina Khan and Dheeraj Dhoopar, it looks like Erica Fernandes is also gearing up for an exciting project.

Erica shared a post on social media where she wrote, 'Something interesting coming up!' and it had a photo of her with a mystery man. She also wrote, 'Guess who?' And as it turns out, the actress is shooting for a music video with Harshad Chopda, and currently, the duo is in Goa for the same. While she did not divulge details about the video, she confirmed the news and added that she will be shooting for the next two days.

On the work front, Erica recently wrapped up the shoot for Kasautii Zindagii Kay 2 and the show will be airing its last episode in October. Harshad, on the other hand, was last seen in Bepannaah, and ever since fans have been waiting to get an update regarding his upcoming project.

Are you excited to see the duo together? Drop your comments in the section below.

Parth Samthaan: Kasautii Zindagii Kay has shaped me as an actor

CoffeeWithChips 26 days ago I thought the JenShad FD tweeted and sent forth the most requests. HC and Erica, umm... Idk how many requests were put forth for them🤔 If you wanted to nominate urself then why ask the fans?😂😂 Anyways, happy to know that HC will be back!🤍 Been long since he's been on a break.

Chandana_Rani 27 days ago Waiting for your new project Harshad Chopda

IF_ki_Ammi 28 days ago Can't wait for it... Harshad Chopda waiting for your comeback but till then isse kaam Chala lenge 🥰

MadhuHC 28 days ago My boy is Coming sooo excited for EriShad .. Harshad Chopda

burnnotice 29 days ago Super excited to see Erica and Harshad. I’m sure the video will be done with sincerity and class. 🙌🙏

munnihyderabad 29 days ago ouch no ParIca , that hurts terribly man . i thought they are the most popular jodi on tv

pyar-ishk 29 days ago I didn't need to guess I knew and was HC, is a natural instinct us Harshad fans. I'm excited to see the music video. Also IF is about time you started using his last name Chopda then spelling Chopra.