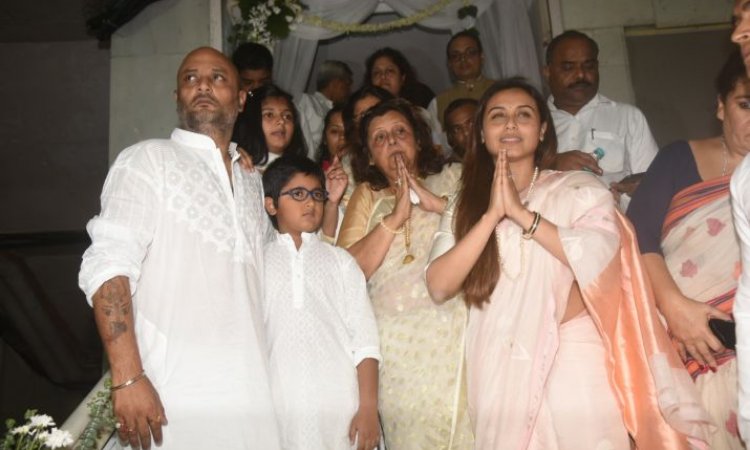 The entire Bollywood, including the Bachchan and Kapoor clans, was spotted at the prayer meet for Ram Mukherjee, father of actress Rani Mukerji, on Wednesday.

Ram Mukherjee passed away recently due to blood pressure complications. He was 84. He is survived by wife Krishna Mukherjee, daughter Rani and son Raja.

The prayer meeting was organised at the ISKCON Temple in Juhu, where Amitabh Bachchan, Abhishek Bachchan, Aishwarya Rai Bachchan and Jaya Bachchan arrived to pay their respects.

Ram Mukherjee was one of the founders of Filmalaya Studios in Mumbai. His most famous works are "Hum Hindustani" and "Leader". He had launched Rani in the Bengali film "Biyer Phool" (1996).

The veteran filmmaker had directed several movies such as "Raktanadir Dhara", "Tomar Rakte Amar Sohag", "Raktalekha" and "Ek Bar Mooskura Do" to name a few.

Rani is married to noted filmmaker Aditya Chopra since 2014. They have a daughter Adira, who will turn two this December. Last seen in "Mardaani", Rani is gearing up for "Hichki".