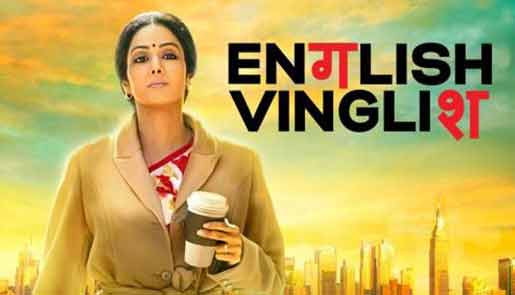 "English Vinglish", a simple tale of an Indian housewife who resolves to learn English to find acceptance in society, has found resonance in different parts of the world. After releasing in places like Germany and Japan, the film will now open in Romania Oct 24.

Eros International will release the movie on approximately 15 screens in Romania.

When Gauri Shinde's directorial debut, which marked the comeback of the evergreen Bollywood actress Sridevi, released in India in October 2012, it was lapped up by movie buffs and critics alike for being a heartwarming story told with a touch of simplicity and enhanced by convincing performances. It has continued to storm overseas territories every since.

The film also performed exceptionally well in other new markets like South Korea, Hong Kong and Taiwan -- and the team is, therefore, confident of its continued appreciation in new territories.