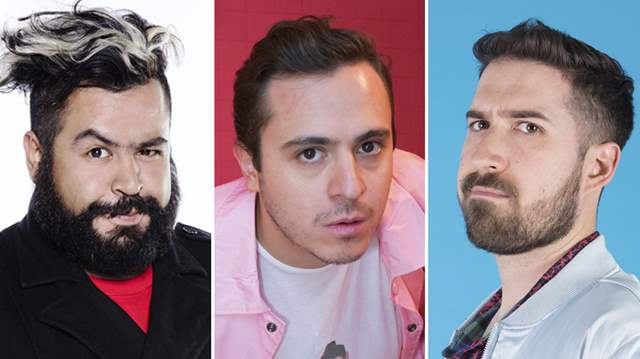 The comedy fare with new development pacts are the focus for Endemol Shine Boomdog as it is amping up its slate.

According to Variety, the Mexico City-based studio, a division of Endemol Shine North America, has tapped a new generation of comedy talent in Mexico, many of whom have built their following on social media and the digital realm, said Alvaro Godoy, head of development, Endemol Shine Boomdog.

The new shows include “Mañanas Magicas,” a sketch comedy show headlined by Fran Hevia, Alex Fernandez and Michelle Rodriguez. Ricardo O’Farrill, the first Mexican comic to have a comedy special on Netflix, is developing music-comedy show “Janguea y Rapea” while El Diablito will host “Me Lleva el Diablo,” a comedy transformation reality series. Fernandez, whose podcast is the number one in Spanish on Spotify, said: “I just want to get started on ‘Mañanas Mágicas’ tomorrow.”

“I mean, working with Michelle and Fran not only is extreme fun, I deeply admire both of them and I simply click with them in terms of comedy. They haven’t told me the same, but you can quote them,” added Fernandez who has worked with Rodriguez in “LOL: Last One Laughing,” the Eugenio Derbez-hosted show that pits comedians against each other.

“Comedy always saves us. I think people really want stories they can relate to, they want to laugh and feel complicit with the characters who tell those stories,” said Rodriguez.

El Diablito added, “After one season of ‘Se Busca Comediante’ and two seasons of ‘LOL,’ I feel that teaming up with Endemol Shine Boomdog for a comedy show like ‘Me Lleva el Diablo’ is a guarantee for success… plus, we are going to have a blast doing it.”

“We believe that these shows have crossover appeal and will resonate worldwide,” said Godoy who has spearheaded the development of a slew of comedy shows for Endemol Shine Boomdog and served as a comedy writer himself on “Chumel Con Chumel Torres” and “La Sopa.”

“Endemol Shine Boomdog has a long history developing some of the most popular comedic series in the region,” Godoy noted.

Janhvi Kapoor calls the journey of discovering 'Gunjan ...
2 minutes ago

Kasautii Zindagii Kay to witness a new entry in the show ...
28 minutes ago

Aishwarya Khare and Anjani Kumar Khanna roped in for Naagin ...
37 minutes ago

Rashami Desai, Arun Govil, Ravi Dubey and others hail ...
an hour ago