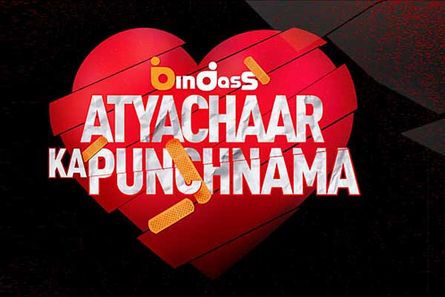 Bindass' popular show Emotional Atyachaar, which has been showcasing relationship status of couples, has got an overwhelming response for its seasons till now. The show over the time gained immense popularity and having attracted millions of youngsters to test their love, the show is coming back with its season 5.

As per our source, "This time the concept of the show will be different than the usual one. A group of friends will help their friend to take a loyalty test on their friend's partner. This is for the first time that there will be friends along with Pravesh Rana to support the person who is taking a loyalty test. The show will hit the screens on March 27."

The concept of the show however, has been adapted by a foreign show titled as Cheaters.

We couldn't reach through Pravesh for his confirmation.

10 years ago for those who don't like her...
when u are criticized then u believe u are on right path...do wht u want prachi...
they should be appreciating u nd modelling u in life...for what u hve done, u shows us how a girl from middle class goes there nd make a name in industry without dirtying her hands...

+ 2
10 years ago l LOVE her in Kasamh Se buh the graph went down. In Rock On l felt she was showing her bahu self..dint like much..same thing in the movie opp. tushar. OUATIM she was okay and could've done better. I grew out of liking her.

Comparing her to other girls in the race she falls back - acc to me :)

+ 3
10 years ago All the best Prachi, you and Ajay will in Bol Bachchan.

Missed watching her on the screen for so long time! I hope her career works wonders now,she has sucha fresh aura around her.

10 years ago gd luck for ur upcoming movies prachi...waiting for bol bachchan...

10 years ago i love this lady !! she is so pretty and talented at this age.

10 years ago PRachi u r a lovely n a wonderful actress...gud luck for yo upcoming movies..;)