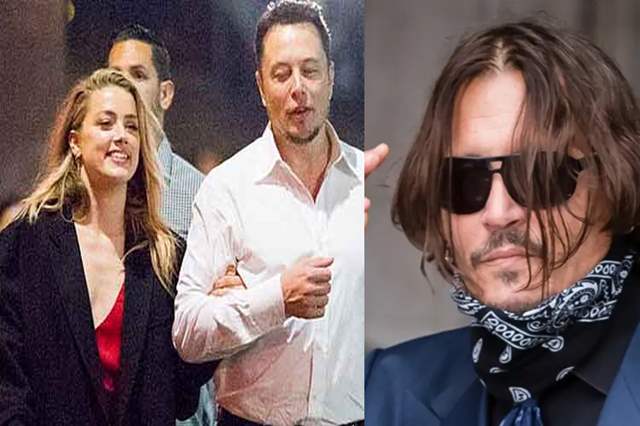 The saga surrounding Amber Heard and Johnny Depp continue to get murkier than one can imagine, and now, Tesla founder Elon Musk has entered into the conversation. Musk regularly visited Amber Heard late at night at Johnny Depp’s Los Angeles penthouse, it has been claimed.

Alejandro Romero, a concierge at the Eastern Columbia Building, said in a written witness statement as part of Depp’s libel trial with The Sun, that the actress, 34, gave Musk his own fob to access the apartment.

The statement said: “From March 2015 onwards, Ms. Heard was visited regularly late at night, at around 11 pm to midnight, by Mr. Elon Musk. For his initial visits, I would receive a call from Ms. Heard who would tell me to give Mr. Musk access to the garage for the building and then send him up to the penthouse.

“After he had made a few visits, Ms. Heard provided Mr. Musk with his own garage remote and a fob to Mr. Depp’s penthouse. I believe he visited Ms. Heard a few times a week and he would always visit when Mr. Depp was not at home.”

In his statement, submitted in support of Depp’s libel action against News Group Newspapers (NGN), Romero also claimed he “did not notice any bruises, cuts, swelling, red marks or any other injuries of any kind to Ms. Heard’s face” when he saw her on May 25, 2016.

Heard alleges that on May 21, 2016, Depp, 57, threw a phone at her and smashed objects during a row at the penthouse, which he denies. Romero said that on May 25, Heard asked him to check the apartment “to check that no-one was there and that it was safe.”

He said he searched two penthouses, accompanied by Heard and her friend Raquel Pennington, between about 10.30 p.m. and 11.30 p.m., and claimed: “during my search, I did not see another person or anything to cause concern, at any point.”