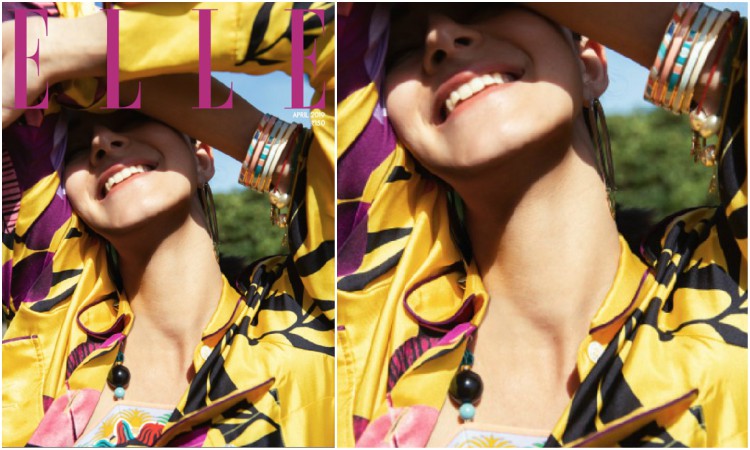 The recent cover announcement of Elle India Magazine has raised the excitement among the netizens as the next cover star of the renowned magazine is all set to make a splash.
The magazine posted a picture on their social media handle stating, "Prepped and primed, our April cover star is on the cusp of near-certain superstardom. Luckily, she's ready for it."
The next cover star is happened to be one of the youngest actresses in the industry and a social media sensation who is all set to mark her Bollywood debut soon.
The actress has amassed a huge fan following even before stepping her feet in Bollywood and has earned the title of 'Teen Obsession'. A regular amongst the paparazzi the social media sensation has generated immense buzz ahead of her first release.
Banking upon her popularity, brands have already started lining up before the actress making her one of the most sought after name in the masses. Emerging as the youngest brand ambassador of a leading cosmetic brand Elle India's next magazine cover star has bagged multiple endorsements even before her silver screen debut.
0 Likes

Urvashi Rautela’s ancestral history revealed; get a sneak-peak into ...

Siddhant Chaturvedi Shot The Pictures By Himself for His Latest ...

Gully Boy Director Zoya Akhtar Shares a Peek of Her Next Script!