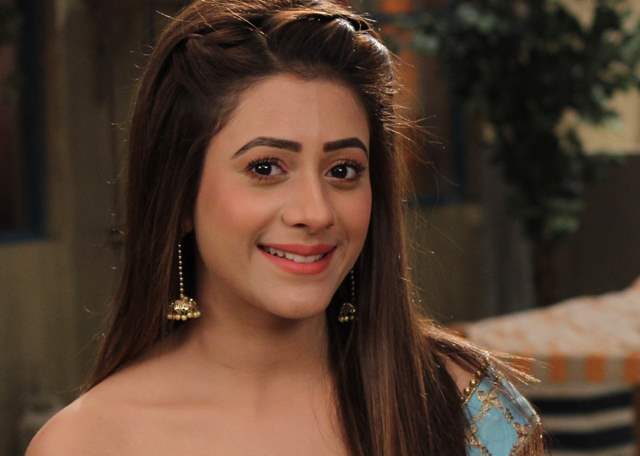 While the shoots of the television shows are currently on hold, Sony SAB has continued to keep its viewers engaged by airing some of their highly acclaimed shows. As a part of its endeavour to keep its fans smiling and entertained, fans are currently enjoying the rib-tickling romantic comedy show ‘Jijaji Chhat Per Hain’, featuring immensely talented and beautiful Hiba Nawab.

The show which was loved for its playful camaraderie between the characters and the Elaichi and Pancham's adventurous love story and their quirky efforts to keep their relationship a secret from Elaichi’s overprotective father, Murari is still ruling hearts with the reruns on Sony SAB.

Jijaji Chhat Per Hain ended on a beautiful note where Pancham and Elaichi’s journey witnessed a highly anticipated ‘happily ever after’. The audiences are enjoying Elaichi’s famous ‘tante’ as the show re-runs on the channel.

Hiba Nawab while reminiscing her days as Elaichi and talking about the love she continues to receive for Jijaji Chhat Per Hain, said, “Elaichi’s character is and will always remain very close to my heart. Her personality, especially her notorious and spontaneous nature is inspirational and has helped me personally. While I am now at home, life has become a little mundane and I miss Elaichi’s masaledar life.”

Talking about the constant love and support the show and her character continues to receive, she said, “Right now the only medium that helps me connect with people is through social media. Whenever I go live, I’m always asked when is Jijaji Chhat Per Hain coming back on Sony SAB. People continue to recognize me as Elaichi and it feels great because it is a true reflection of my hard work along with the characters' success in winning hearts.”

Talking about a special fan of Jijaji Chhat Per Hain, Hiba said, “I am thrilled that the show is re-running and more than me, my biggest fan, my papa, is a daily viewer. I may miss an episode but he would never miss it for the world.”

Devtaholic 1 months ago Come back onscreen soon Hiba Nawab with a new show and a good character. I would like to see her opposite Harshad Arora.

SamW92 1 months ago Hiba Nawab was so cute as Elaichi. I watch the re-run with my family. It is such a beautiful show. I wish Sab makes a new season of Jijaji Chaat Par Hai. Also want re-run & new season of Jeanie Aur Juju.

Vinit Kakar roped in for a double role in 'Radhakrishn: ...
9 hours ago

Vir Das opens up on debuting in an unscripted homegrown ...
10 hours ago