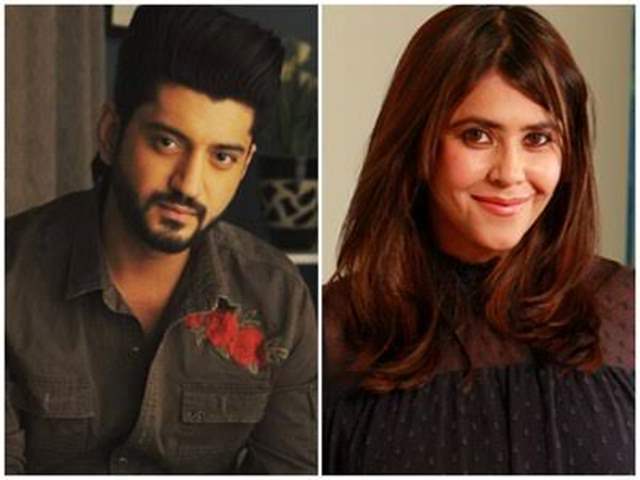 One would easily remember how content queen Ekta Kapoor, back then used to be particular and set about having the names of her TV shows and films starting with the letter 'K' all the time. No matter what the show or film was, it was sure to begin with the letter K. Even though she got rid of that soon after with many non-K shows  becoming successful, it seems she has found a new success mantra this time around.

The lady already has three 'bhagyas' to her name - Kumkum Bhagya, Kundali Bhagya and Naagin - Bhagya Ka Zehreela Khel so far. And now, her upcoming show for Colors will also seemingly have the Bhagya factor going on for it.

We have already reported about how Kapoor's upcoming show for Colors will have Kunal Jaisingh as the leading man' and Abhishek Verma playing an important role too. And now, reports suggest that this show will be called Pavitra Bhagya.

Yes! That's right. The avid Ekta Kapoor fans would immediately remember how apart from Bhagya, she has had good success with the word Pavitra too (Pavitra Rishta).

So, naming her upcoming show Pavitra Bhagya might just be the perfect way to kick things off.

kala16 5 months ago Atleast Kunal has bagged a lead role in Ekta's show.. All shivika fans who were saying that he is not a lead material.. That's is proven wrong..But the story and FL sucks..

Meena_J 6 months ago WTF. Why did KJ have to sign up with her? Unless it was a finite series (unpredictable) or web series, then okay. Seriously?

Juhi_04 6 months ago So another jerk hero-doormat heroine couple which will worse than PreeRan who is worse than AbhiGya. Kunal will be stuck to this show for years now playing another kameena aur bewakoof pati.

ChickenSoup 6 months ago Wow what an original title (excuse my sarcasm)...Even a 5-year old kid can come up with a more creative title.

Neonholic 6 months ago Ekta you better start your research on finding a suitable title for your show alongwith that add some content coz we cant take your shit bhagyas anymore. SIMPLY CANT #EktaStopMakingShitDailySoaps #BoycottBalajiDramas

HeartBeat321 6 months ago I don't know should i be happy because kunal jaisingh will be back on screen soon or feel bad that he will make comeback with ekta😅😂 and yeh kaisa naam hai? Pavitra bhagya meaning kya hua🙄😂😂 matalb kuch bhi

"Rhea Is Not Co-Operating With ED; Actor Claims She 'Doesn't ...
36 minutes ago