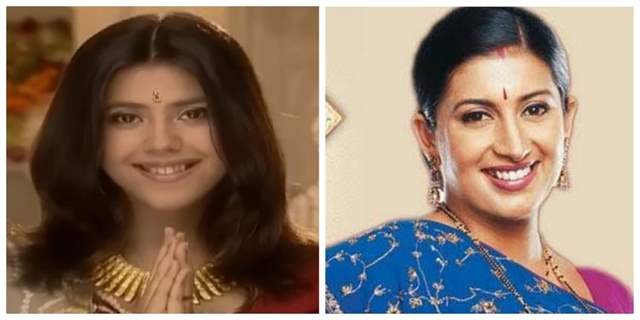 Producer Ekta Kapoor's one of the most popular and loved show 'Kyunki Saas Bhi Kabhi Bahu Thi' which first premiered on 3rd July 2000 completes 20 years today. The show became a massive hit on the Indian Television and Ekta takes it to her social media account to pen a heartfelt and emotional note where she is seen thanking the entire cast and crew behind the show. She also mentioned that it's a show that changed her life.

Ekta Shared, "20 years today to Kyunki Saas Bhi Kabhi Bahu Thi...! I remember sitting nervously in front of Sameer Sir and Tarun pitching ‘Kyunki...’ to them. Telling them ‘saas-bahu’ drama could work...and that we were willing to do it in 1lac. Then Tarun called my mum & said ‘I’m calling to negotiate’... my mum said ‘No no, we can’t do it in under a lac...’ and he responded saying ‘Sameer Nair has said we will give you 1.40 lac for it...pls spend on this show!’

Never has it happened that a channel has negotiated and given more money because they wanted better quality. But that was the conviction and backing the channel gave us. For the 1st time a daily soap was on prime time and went onto make history, as we know it. Immense gratitude to Sameer sir, Tarun Katiyal, the entire cast & crew behind Kyunki, Monisha, and StarPlus!"

She further added, "20 years to Kyunki... A show that changed my life. Back then it was touted as India’s ‘soft ambassador’, owing to its popularity and reach across the globe. Thank you to the network for giving us a chance at that time. I remember reading about how when the Gujarat earthquake happened, ppl put their TV sets out and watched Kyunki. There hasn’t been a more humbling moment for me. Thank you for all the love that was sent our way. Thank you Sameer sir, Tarun Katiyal, Monisha, the entire cast & crew behind Kyunki, and StarPlus!"

Why Should We Watch Janhvi Kapoor's Gunjan Saxena?
9 minutes ago

The Bhatts were involved throughout: Ankit Tiwari on his ...
41 minutes ago