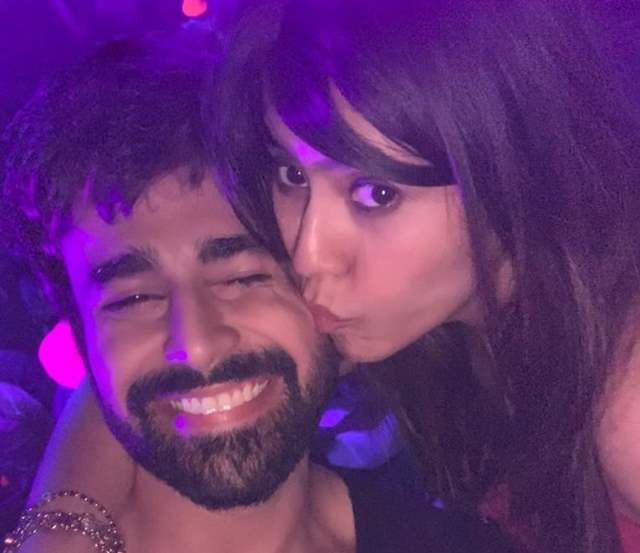 After presenting three interesting fiction properties in the festive month of October and captivating its audience, Zee TV decided to take its audience on a trip full of fantasy. The channel very recently launched the second season of its immensely successful and intriguing weekend thriller, Brahmarakshas. Produced by Balaji Telefilms, the show premiered its first episode on 22nd November, Sunday with television actress Nikki Sharma essaying the lead character of Kalindi opposite popular actor Pearl V. Puri playing the role of Angad.

While working with Balaji might be a first for Nikki Sharma, Pearl has been long associated with the production house and Brahmarakshas 2 happens to be his third collaboration with them. The actor shares an extremely close bond with producer Ekta Kapoor who is equally fond of him. In fact, she considers him to be one of her favourite actors and fondly calls him ‘Pearly’!

Talking about his equation with Ekta while revealing his thoughts on this cute nickname assigned by her, Pearl shared, “Ekta Ma’am is an extremely sweet and kind-hearted person and I have known her for quite a while now. Apart from doing her shows and this being my third with her, I truly love her as a person. She is a real sweetheart and it’s always a yes, yes and yes for her! I never have second thoughts when it comes to working with her and I am always there. I believe there are few people in your life who you can blindly trust and give credit to for a lot of things and she is one of them. Despite her being a Padma Bhushan recipient, a pioneer in the television industry and handling over 145 shows, web series and films together, solely, she is an extremely grounded and lovable human being. I just want to thank her for considering me and loving me, this name (Pearly) is given by her only and now a lot of people call me Pearly! I love the name also!(smiles)”

Talking about the show, Ekta Kapoor said, “I am really excited for the second season of Brahmarakshas. It has special effects, a great storyline, its massy and has a lot of drama. It perfect for the Indian audience and I hope they love as much as they loved it the last time. The show also has my favourite actor ‘Pearly’. I am even more excited to work with Zee TV on my favourite genre and eager to see what we will do with Brahmarakshas this time.”

With Ekta and Pearl bringing in their magic once again on-screen, Brahmarakshas 2 brings yet another compelling and intriguing narrative to its viewers. Set against the backdrop of Ambala, the show follows the journey of an ordinary young girl, Kalindi whose destiny gets entwined with the most ferocious evil force that has ever awakened. It turns out Kalindi was born under a peculiar birth star that makes her special and as a result, the Brahmarakshas needs her in order to accomplish his mission of attaining immortality. Kalindi’s only source of strength is her love for her partner, Angad. As she navigates and manoeuvres her way through the world of evil and her own ordinary life, Kalindi finds herself up for a gruelling battle to protect the people she truly cares for!

To know more about the show and how it progresses, stay tuned as Brahmarakshas 2 airs every Saturday and Sunday at 9 pm.