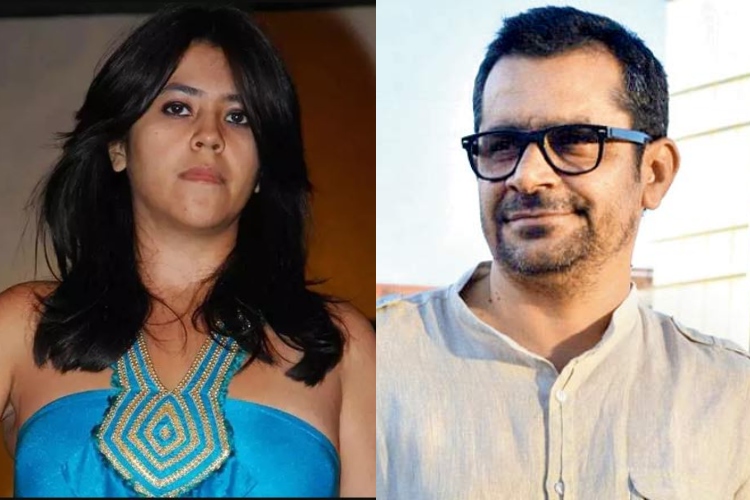 Director Subhash Kapoor, who is known for films like Jolly L.L.B and its second part and Guddu Rangeela, recently found himself in the midst of the #MeToo movement, where actress Geetika Tyagi accused him of molesting her.

After his involvement and with cases against him, superstar Aamir Khan and T-Series head honcho Bhushan Kumar dropped the director from their next production Mogul.

But that's not the end of bad times for Subhash, as he has lost out on yet another project.

Producer Ekta Kapoor who also happens to be one of the core committee members' of the Producers' Guild that aims to address issues of sexual harassment at workplace, has dropped Subhash as the showrunner of her upcoming web series on Alt Balaji titled The Verdict, a report in a leading tabloid stated.

The reports also stated that till the charges on Subhash's case continue in the court of law, Balaji will refrain from working with Subhash Kapoor. Also, a new showrunner for the web series will also be brought on board.

Ekta Kapoor's The Verdict is based on the infamous Nanavati Case on which the Akshay Kumar starrer Rustom was made. It stars names like Manav Kaul, Elli Avram, Jim Sarbh, Angad Bedi, Viraf Patel and Kubra Sait among others.

2 years ago Will those who dismissed him restore his reputation if the allegations are proved to be false?

6 years ago Mr. Sharma - Your name on film credits will make me watch a movie sooner than those award-winning/buying stars. You are my favorite star/actor. That said, I truly hope you get the your well deserved dues!

+ 4
6 years ago he is an amazing actor.. watched many movies of his.. esp all of Prakash Jha banner.. He is right.. his performance as Sundar Yadav was his bestest performance.. i have watched Gangajal so many times but his character still gives me goosebumps.. he nailed that character.. it's really disappointing that these days all award functions are fixed.. popular movies get award instead of the real deserving ones..

+ 7
6 years ago He is amazing actor!!!
Love has Bhawgan, and his chemistry with Lord Shivay.

My family love watching Neeli Chatri Wale, its good weekend show with comedy, family drama, and a show with good message for everyone.

+ 4
6 years ago Aww he definitely deserved those awards! Especially Lagaan his performance was wicked! Gangaajal was his best for sure.