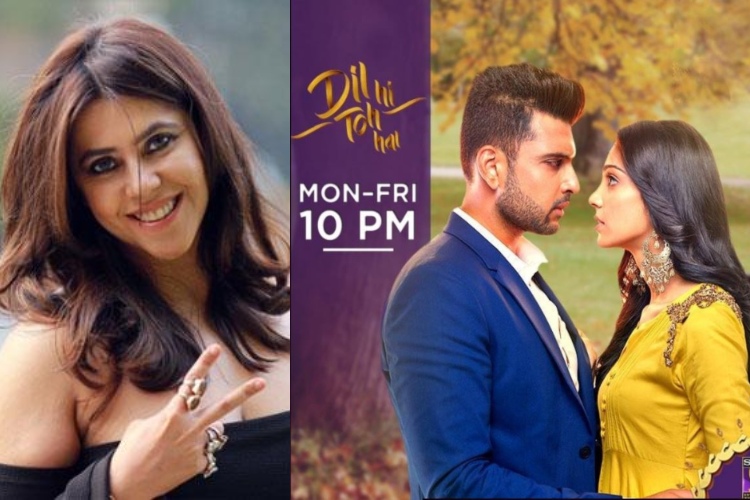 Ekta Kapoor launched Dil Hi Toh Hai on Sony TV amidst speculations that the show was based on Karan Johar's family saga Kabhi Khushi Kabhi Gham. However, even after Ekta shut down those rumours, fans continued to speculate the same.

Sadly, the show that marked Karan Kundrra's return to television and also newbie Yogita Bihani's debut on the small screen, failed to fetch numbers and there was talk of the show going off-air.

Soon enough, there was news of the show being pulled off air on the channel, but continuing on Ekta's digital platform Alt Balaji, which provided the much-needed respite to viewers.

And now, maker Ekta Kapoor herself has announced the second season of Dil Hi Toh Hai exclusively on Alt Balaji.

That's some really great news for fans of the show.

--deepa-- 1 years ago Thank you Ekta you made fans so happy.
Dil Hi Toh Hai is amazing with superb actors like Karan Kundra & Yogita.

Karan Kundrra u will rock as always

ravi24chaudhary 5 years ago HNY historical flop of the Indian cinema

-AD- 5 years ago Though there was controversy, Aamir nailed the box office with PK..
#HumPKHunPK

-Saba- 5 years ago srk all the way..
wish him all success and happiness through out the year ahead..
love you SRK

Ayushmann Khurrana Reacts to Supreme Court's Verdict about ...
5 minutes ago