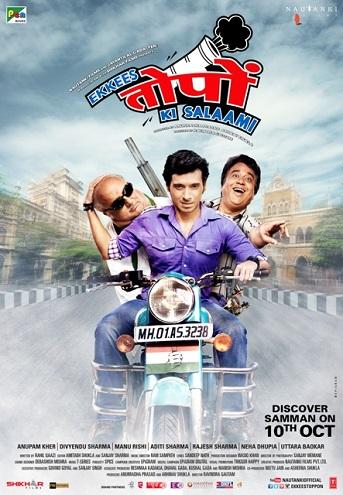 The very well-known Indian Cartoon, The Common Man has represented the hopes, aspirations, troubles and perhaps even foibles of the average Indian, through a daily comic strip since years together.

Anupam Kher, Neha Dhupia, Manu Rishi, Divyendu Sharma and Aditi Sharma will get together to commemorate the statue on 9th September.

The film is a satire about the life of a common man. It revolves around the relationship between a father and his son. The film stars Anupam Kher, Neha Dhupia, Divyendu Sharma, Manu Rishi, Aditi Sharma and Rajesh Sharma. Directed by Ravindra Gautam and produced by Abhinav Shukla the film is set to release on 19th September 2014.