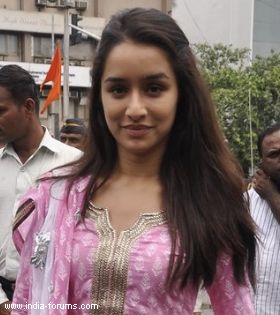 "Ek Villain" success soared up and crossed Rs.100 crore mark at the box office and brought a sigh of relief to the film's leading lady Shraddha Kapoor.

Released June 27, "EK Villain", which came out of producer Ekta Kapoor's stable, crossed Rs.100 crore mark at the box office. If people liked Sidharth Malhotra and Shraddha as the lead pair, they equally appreciated Riteish Deshmukh in his villainous avatar.

"As an actress, it's extremely relieving to receive positive response from the audience," Shraddha, whose last film "Aashiqui 2" was a blockbuster too, told IANS.

"I am fortunate enough to have got an opportunity to work with Mohit. Mohit is a dear friend and he is a gem of a person. It's always a pleasure to work with him because he has a clarity on whatever he is doing," said the actress.