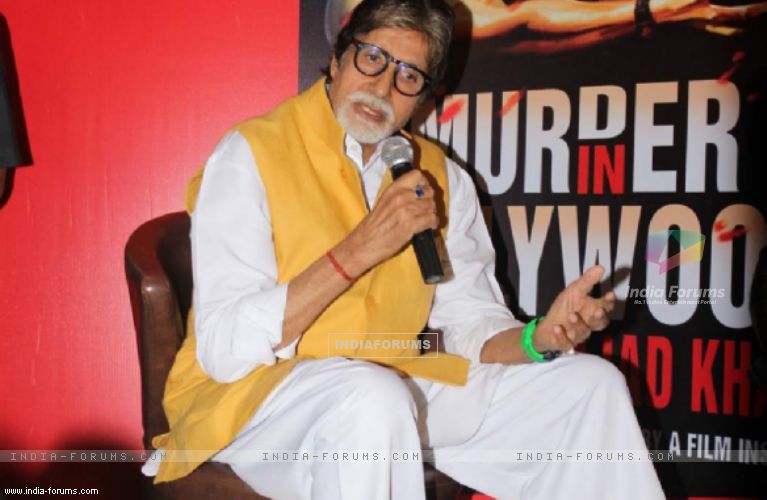 Megastar Amitabh Bachchan says the inauguration of new academic institutions provide philanthropists a platform to educate and embellish the human spirit and turn out to be a tribute to the "goddess of learning, Saraswati".

The 72-year-old will be inaugurating an academic institution on Saturday.

"Today is the inauguration of an institution of education and the task of presenting its opening through my chief-ness of guest ! Chief-ness ! Ha...an invented word," Amitabh, who is son of late poet Harivanshrai Bachchan, posted on his blog on Friday.

"But yes education and its inauguration does find favour among many philanthropists...it also finds favour in its commerce and in its revenue...a revenue not just of giving of education and knowledge, but also a revenue of purpose...of perception...of glory to the Goddess of Learning, Saraswati...of the many manifestations it occupies in the lives of those that are gifted with the qualities required to impart, to teach, to give credence to a future, to embellish human spirit and form...

"Educate one so many can be educated ! Educate none and none shall be elevated (sic)," the 72-year-old added.

The "Piku" star, who is UN ambassador for the girl child, was also the Guest of Honour at a function at the US consulate to celebrate the country's Independence Day earlier this month. He is also a recipient of 'Knight of the Order of Arts and Letters' -- a civilian award by the French government.

Amitabh, who has been associated with the film industry since last four decades, was also honoured with the Padma Vibhushan, the second highest civilian award of India.

On career front, he will next be seen in Bejoy Nambiar's "Wazir". The film also stars Farhan Akhtar and Aditi Rao Hydari.