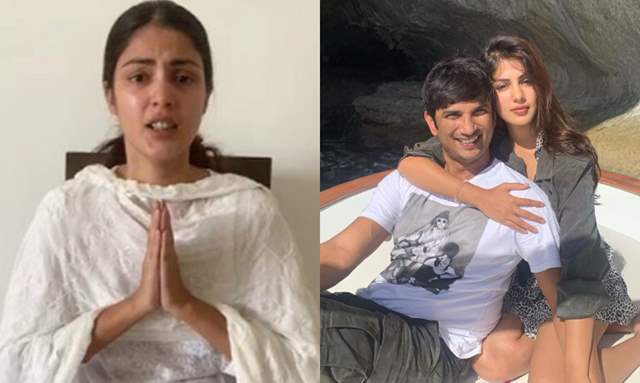 Rhea Chakraborty may have landed in trouble after the Enforcement Directorate (ED) lodged a laundering case against her and other family members. The case was filed after late actor Sushant Singh Rajput's father KK Singh filed an FIR against her in Patna. Reportedly, Rhea was to record her statements addressing the massive financial transactions done through Sushant Singh Rajput's account.

However, recent ANI reports stated that Rhea Chakraborty requested ED to postpone the recording of the statement until the Supreme Court's next hearing.

Speaking to ANI, Rhea’s lawyer Satish Maneshinde said, "Rhea has requested that the recording of her statement be postponed till Supreme Court hearing." Furthermore, the report also mentioned that ED is likely to ask Rhea about the two big property investments done by her.

On July 31,  the ED lodged a money laundering case against Rhea Chakraborty in connection with the death of Sushant Singh Rajput. Reportedly, the case has been filed for "suspicious transactions" worth Rs 15 crore which was transacted from the actor's account and proceeds from the alleged crime, as claimed by his family.