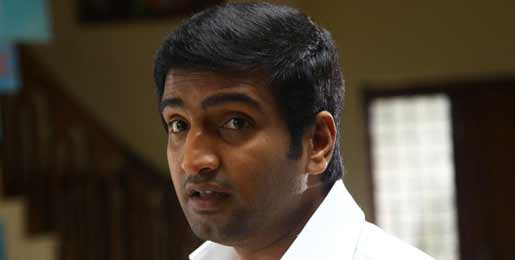 "Innimey Ippadithan", ace comedian Santhanam's second Tamil outing as a hero, is slated for release on Friday. The actor feels it is easier to be a hero than a comedian because making people laugh is quite challenging.

"As a comedian, one needs to be reinventing jokes. What worked yesterday won't work today. This is the social media generation and audiences can easily get bored if the comedy gets repetitive. It's easier to be a hero than a comedian," Santhanam told IANS.

He said that as a hero, one gets to choose different films but a comedian's job is mostly limited to making people laugh.

Does that make a comedian's job boring?

"It's a gift to make people laugh. Anybody can be an actor, but not everybody can become a successful comedian. There are acting schools that can train you to be an actor. Do comedians have such options? Also, most comedians write their own jokes, so you need to know the pulse of the public to write something that'll make them laugh," he said.

Santhanam decided to become a hero because his life as a comedian was getting quite hectic.

"I barely had time to sleep. I was doing too many films and I needed a breather, slow down and achieve work-life balance. I wanted to spend more time with my family whom I usually meet once or twice a year. By reducing the number of films, it helped me to come with better ideas and jokes," he said.

"I also wanted to experiment and experience what it's like to be a hero. When I signed my first film as a hero, I had a few films to bank on. I was prepared to go back to being a comedian if I failed as a hero. Luckily, it worked and everything fell in place," he added.

Although Santhanam hopes to continue doing more films as a hero, he says he won't mind doing a few films as a comedian for close friends in the industry.

Asked about the transition from a comedian to a hero, he said: "The biggest challenge was to dance. Dancing and dancing like a hero are two different things and this I learnt on the sets of 'Innimeya Ippadithan'. A hero should get the moves right, the body language right. When he dances, audiences should get up from their seats and dance, too".

He also had to hire a stylist and wear trendy clothes.

"I never worried about what I had to wear as a comedian. There have been instances I ended up wearing anything that was available on the sets. Now, I'm positioning myself as a hero, so I need to look good," he added.

To slip into the shoes of a hero, Santhanam shed lot of weight.

"It was actor Arya who suggested I take up cycling to stay fit. I'm glad his advice did wonders to me. I've lost lot of weight and look presentable as a hero," he said.

Santhanam is introducing his long-time writing partners Murugan and Anand as the directors of "Innimey Ippadithan", which he has himself produced.