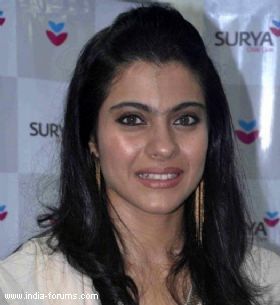 An accomplished actress and a doting mother, Kajol, who backs a social mission - Lifebuoy 'Help A Child Reach 5', believes that the voice of stars like her reaches out to more people and spreads greater awareness.

The actress joined the 'Help A Child Reach 5' campaign last year. It's a mission to spread the importance of good handwashing habits around the world, to help more children reach their fifth birthday.

"I think it gets easier for an actress or a star to spread the awareness because people connect with familiar faces. They listen to them and it helps a lot to bring a difference," Kajol told IANS here.

The campaign began last year in Thesgora village in Madhya Pradesh and has demonstrated some encouraging results: Diarrhoea has dropped from 36 percent to five percent.

Backing the cause, Kajol says children's health is not taken seriously in the country.

"I strongly feel that children are not taken seriously in India. We have to give a lot of priority to their health. This is one of the aspects which needs to be solved.

"There are so many children who die from diarrhea or pneumonia every day. That is preventable. So I have been advocating the cause of handwashing and urging people to donate to handwashing programmes," she said.

She says the promising results of the campaign has given the team more confidence "that children can survive by inculcating the simple habit of hand washing with soap."

In India, over 600,000 children under the age of five are said to die from to pneumonia and diarrhoea annually. Handwashing with soap is regarded as one of the most cost effective ways to prevent child deaths.