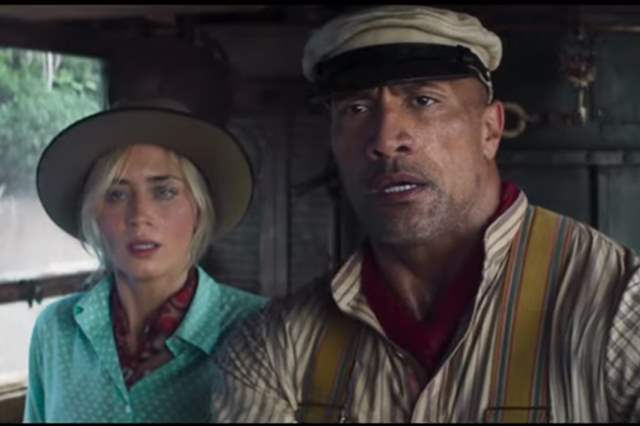 Two reasons. Dwayne Johnson and Emily Blunt in a movie together, and the movie is from Disney. If these two reasons aren't enough to get you excited about a wedding, we wonder what else can be? The mega stars will be seen together for the first time in a movie and it is called Jungle Cruise.

The upcoming adventure movie centers on a sister (Blunt) and brother (Jack Whitehall) who hire a boat captain (Johnson) to take them down the Amazon River in search of a tree believed to have healing powers. They face off against a competing German expedition along the way. What makes the film even more interesting is how the film is being directed by Jaume Collet-Serra, who previously directed The Shallows. Where the latter was an almost one-star film on one location throughout, the stakes are high than ever with big stars and big scale.

Blunt and Johnson playfully teased the first footage from the film in August back at D23, where they shared competing trailers for the film. Johnson's fake trailer made his character look heroic, while Blunt's made her character appear to be the true star of the film.

The film is said to draw upon the spirit of past projects such as the Indiana Jones films, Romancing the Stone and The African Queen.