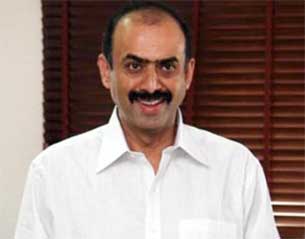 Producer Suresh Babu is confident that Telugu thriller "Drishyam", which releases Friday, will instantly connect with every common man because of its appealing family sentiment.

"Drishyam" is remake of eponymous Malayalam blockbuster, which got remade in Kannada as well and was recently released.

"It's a movie that instantly connects with common man, thanks to its strong family protectionist message. It's an absolute family thriller featuring Venkatesh in a simple next-door cable operator (role) and Meena as his wife," Suresh said in a statement.

"The entire cast and crew of the film have given their super best shot and we are optimistic that it will be loved by the Telugu audiences world over," he added.

"Drishyam" is directed by Sripriya Rajkumar.

“She was an inspiration for the entire country”: Sukhmani Sadana ...