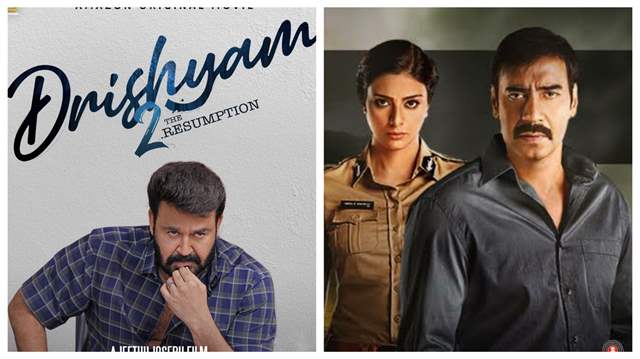 Few films go on to achieve a cult status and have the ability to travel through different languages.

Drishyam has been one such film where after being made in Malayalam and being a massive success, it was further remade in Kannada, Telugu, and Tamil. The Hindi industry also joined in with Ajay Devgn taking over and that was a huge success as well.

With a legacy like this, the film has now got a sequel called Drishyam 2. The promos of the sequel are out and the film is up for a digital release soon. While that happens, producer Kumar Mangat has already gone ahead and bought the rights of the sequel.

It was Mangat himself who produced the Hindi version and has now made sure that the sequel also happens in Hindi.

So far, there is no confirmation as to and if Ajay Devgn will return to act and Nishikant Kamat will return to direct but we certainly hope that happens soon as we would love to see it, isn't it?

2 months ago WTF? Who wrote this article? Nishikant Kamat died last year. Show some respect and do some research before publishing articles!

+ 3
2 months ago At least have some respect and do some research before posting articles...Nishikant Kamat has passed away in August last year!