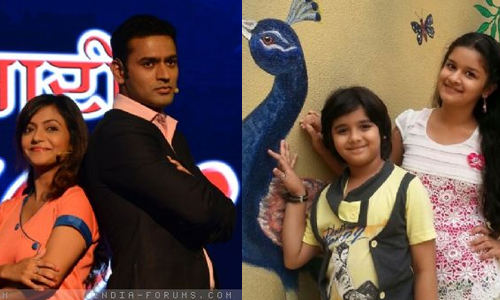 Sony Pal's Hamari Sister Didi has seen a lot of drastic drama in the show off lately with Khushi unknowingly gets indulged in a drug case with she supplying drug medicines to Kabir. This has surely brought in a lot of drama for the viewers to see.
The upcoming episodes of the show is yet again no less than a drama.
Our source informs us, "In the upcoming episodes, viewers will see police taking Khushi to Crime Juvenile Cell under the crime of selling drugs that she did unknowingly. Seeing this, Amrita (Pariva Pranati) runs behind Khushi to get things sorted. While she is running behind Khushi, she does not realize that a truck is just about to hit her. Seeing the same, Dr. Karan (Bhanu Uday) comes to her rescue and saves her from the severe accident that was about to happen."
"While in the hospital, Kabir's parents call up a minister to get Khushi arrested and give her the  punishment. The doctors in the hospital plan a game to take Kabir to the operation theater to reveal the entire truth of the minister. Seeing that the case is getting serious, he confronts to everyone that this is just a minor case where Khushi was used. Besides this, a lot more drama will be seen in the show."
Well, this is something that the viewers will for sure like it.
Keep reading this space for more updates on your favorite shows.
Upasana Patel