View Profile
Whilst lavish expenditure in Bollywood isn't unheard of, Director Indra Kumar has gone one step further to give Mumbai its first ever casino! 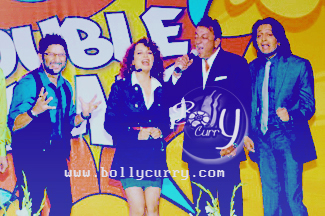 The extravagant unit, based in Mehboob Studios in Bandra, reportedly cost Rs 1.5 crores to build and furbish, and is only required for a small portion of the movie. However that has not prevented Indra Kumar from leaving no stone unturned and being involved with every minute detail to ensure that the casino looks as elaborate as possible.

Modelled after some of the best casinos in the world, the set is part of the director's next flick, Double Dhamaal, which is sequel of his 2007 hit, Dhamaal. The whole cast are set to reprise their roles for the movie, slated to release on June 24th, with new additions being Kangana Ranaut and Mallika Sherawat.
With a Rs 1.5 crores spendthrift, one wonders, wouldn't it be cheaper to actually find a real casino?

Taapsee Pannu: Will ‘break all ties’ with Anurag Kashyap if ...
a minute ago

Bigg Boss 14: Kavita Kaushik shuns reports of being a part ...
20 minutes ago