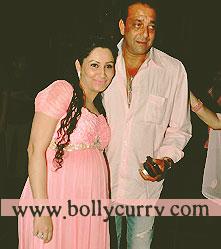 Sanjay who had an older daughter named Trisha of his first wedding with Richa Sharma, is extremely pleased to have his little bundles of joy at this later stage of life, because his daughter's life in the US was beginning to grow as a loneliness on him.

Fellow industrywalas and close friends who are thrilled by this delightful news for the Dutts have showered the proud parents with wishes and gifts.
We at BollyCurry follow suit, and wish Sanjay, wife Manyata, and the two new-borns much love and luck ahead!

Hathras case: Kangana Ranaut says 'Have immense faith In UP ...
2 minutes ago