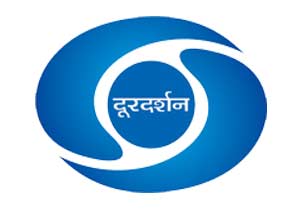 A travelogue documentary series and a show based on transformation in rural India are among five fresh shows being offered by the national broadcaster Doordarshan.

Starting Friday, DD National will roll out "Nadiyaan Gaati Hain", the first of the five shows, which promise to offer a whiff of fresh air, full of entertainment and information, for viewers this summer.

"Nadiyaan Gaati" is a travelogue documentary series on rivers and it explores the historical, cultural and social journey of these rivers. Produced by Anupama Productions, "Nadiyaan Gaati Hain", a 13-part series, delves deep into the realms of history, mythology and culture to bring out gems of unique information about the six

Another show "Bharat Ki Shaan: Let's Dance", beginning Saturday, will have a new format, and will be judged by two choreographers Pony Verma and Sandip Soparrkar.

"Earth Matters", directed and produced by Mike Pandey, will come on air Sunday. It will take a hard look at the state of the environment; the diminishing natural resources, the fast disappearing forest cover, the endangered wildlife, urban pollution and the pressures on rural India. The series provides solutions and remedial action that each individual can take at his own level.

The country's rural life will also be at the core of "Gaon Connection", which begins June 9. It will inform urban India about the transformation underway in the hinterland.

Another eye-catching offering is "Yatra", a religious travel guide-based show which focuses on a spiritual journey around the Indian temples. The show will take viewers on journey of Indian temples.