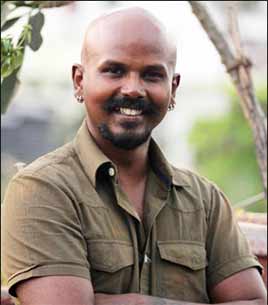 Director Ram Subramaniam, who has used English song "Soul of Taramani" in his upcoming Tamil romantic-drama "Taramani", says he doesn't mind using English numbers if they gel well with the film's narrative.

Composed and crooned by Andrea Jeremiah, who also plays the lead in the film, "Soul of Taramani" was released by Kamal Haasan here Sunday.

"It was Andrea's composition and when I first heard it, I was aware it was in English. I used it because I felt it would be apt for the soul of my story. I didn't mind that it was in English and I don't oppose using English song if it's necessary," Ram told IANS.

"At the event, veteran director Bharathiraja said that even he was not against the idea of using English song in Tamil films. He admitted using an English song in his film 'Nadodi Thendral' many years ago. If a legend like him can use, what do I have to lose," he added.