View Profile
With Don 2 just months away from its release, director-turned-actor Farhan Akhtar seems to have once again 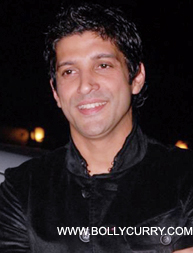 masked on his thinking cap. It is said that he has already started planning the third installment of the famous Don series.
Farhan ironically stated that just like it is impossible to catch Don, it is as nearly impossible to end the series as well. He went on to say that initially, there were no plans of making a sequel to Don, which in itself was a modern remake of the cult classic, but seeing all the love and gratitude from friends, family and audiences alike, the director decided to go ahead with it.
Don 2: The Chase Continues is ready to hit the silver screen on December 23rd, 2011. The action-adventure flick stars sees the return of Shah Rukh Khan, Priyanka Chopra, Boman Irani and Om Puri, whilst Kunal Kapoor and Lara Dutta join as newbies.
A third installment before the release of the second? High ambitions Mr Akhtar! Nonetheless, we wish Don 2 and the coming sequels all the best.