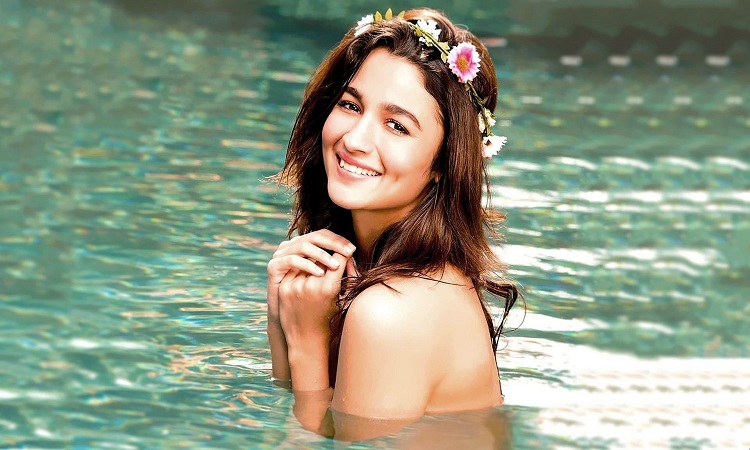 Alia Bhatt made her Bollywood debut with Sidharth Malhotra and Varun Dhawan in "Student Of The Year" in the year 2012. Later, she did "Highway" with Randeep Hooda and changed the perception of the audience with her performance. Soon she became the favourite with the choice of her films like "Kapoor & Sons", "Udta Punjab", "Dear Zindagi", "Badrinath Ki Dulhania" to name a few.

While every other actress' favourite is King Khan, do you feel even her favourite is SRK? Well, the actor could be Varun Dhawan too as Alia and Varun are the most onscreen favourite Jodi for the fans and not to forget they have given wonderful hits back-to-back. Oh...of course it can be Sidharth Malhotra too. Who doesn't know the bond between these two? From holding hands at the award functions, arriving at the events together to meet each other in secret or in front of the media the duo has not been too much vocal about their alleged relationship but, have obviously given many hints with the blush on their face when asked about them.

Well sadly, it's neither one from the above but, interestingly it is Ranveer Singh who takes the place of the favourite actor of Alia.

Recently, Alia had performed at Nickelodeon Kids Choice Awards 2017 where she revealed that Ranveer is her favourite actor in the entire industry. A source close source informs us, "Alia was having the time of her life at KCA 2017. She confessed during the awards show that Ranveer Singh is her favourite actor in Bollywood and she wanted to perform with him over any other actors."

However, we thought someone else but, surprisingly it the talent of Ranveer that holds a special place for the actress. The duo will soon be seen in "Gully Boys", which will mark their first film together. Before this, both have been seen in ads together which has shown us the fun, quirky and interesting comedy between the two.

We wonder, what does Ranveer has to say on this...?