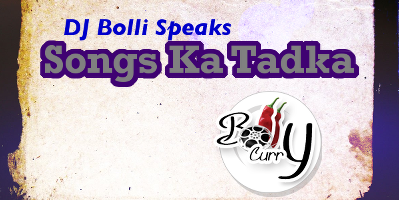 Looking at the title of this article, you might be wondering what DJ Bolli is going to rant about this time. The answer is simple - movies! Now don't scratch your head thinking what about them. As you know, people say, one needs to leave their logical minds locked when watching a Bollywood movie. But does this always work? No. No matter how much you try, your mind keeps trying to find logic in every single thing. And so, to divert your intellectual attentions, Bollywood filmmakers came up with a simple solution - add as many songs as possible, whether required or not, and voila, a super hit film is ready. How? Well, the movie can lack a script or story but if it has some romantic, peppy or latke jhatke-wale songs, no matter how not-so-watchable-movie it is, the music loving audiences of Bollywood world over are going watch it. 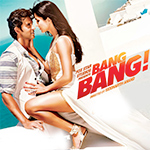 A classic example of bad script and no substance is Bang Bang (2014). A total rip off from Knight and Day, all we saw was mountains, highways, seas and countries. But guess what? The movie worked. You know why? Because we logical people rushed to the theatres only to watch Hrithik Roshan groove on "Tu Meri" or romance Katrina Kaif in "Meherbaan Hua". And not to forget, Katrina's chicken dance in "Uff". 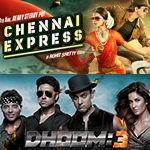 Then let's not forget Chennai Express (2013) and Dhoom 3 (2013). While Rohit Shetty made sure to burn and blast cars as usual in his north-south romance, Dhoom 3 makers made sure to race bikes to keep the "essence" of the movie. When Deepika and Shah Rukh indulged in mind roasting and head ache-wale parodies, Aamir Khan was busy making plans to take revenge against those who wronged his father. But when makers realized their half-baked nonsense is not going to work, they added the song tadka, and hallelujah, people loved this "amazing action" movie because they not only saw Deepika fluttering like a butterfly singing "Titli" but also Shah Rukh asking us to "Get on the Dance Floor". And no to forget, Aamir doing a cirque du soleil on "Malang" while Katrina made sure to strip on "Kamli". 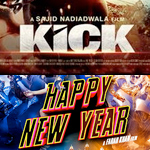 Kick (2014) and Happy New year (2014) are another classic example. While Kick is plagued with some pacing issues, underwhelming action scenes, and an indulgent screenplay, Happy New Year has some serious issues in terms of comedy, script and what not. Still, Kick turned out to be one of the highest gainer in 2014. Now DJ Bolli wonders what really worked. The fact that the movie starred Salman Khan or his romantic "chemistry" with Jacqueline Fernandes in "Tu Hi Tu" or may be his over-hyped signature steps in "Jumme Ki Raat". Never mind! Coming to Happy New Year, looks like it never really turned out to be "happy" for the audiences. With a song like "Nonsense Ki Night" we wondered that this movie was nothing but Nonsense Ki Height! The only saving grace turned out to be Deepika Padukone's beautiful latke-jhatke on "Lovely", her fire-wala song "Manwa" with Shah Rukh Khan and of course, "Indiawaale".
Now what can DJ Bolli say? Film makers have made sure to leave DJ completely flabbergasted with their music tadka on their nonsense script and half-baked tales. DJ Bolli is absolutely disappointed and left wondering when will the time come when movies will rule the Bollywood not due to songs but story itself!
Writer: Peehu A.
Editor(s): Anamika GK & Hershi J.
Graphics: Komal P.
Do you have a suggestion or comment for BollyCurry? Drop us a PM at BC_Dropbox today!