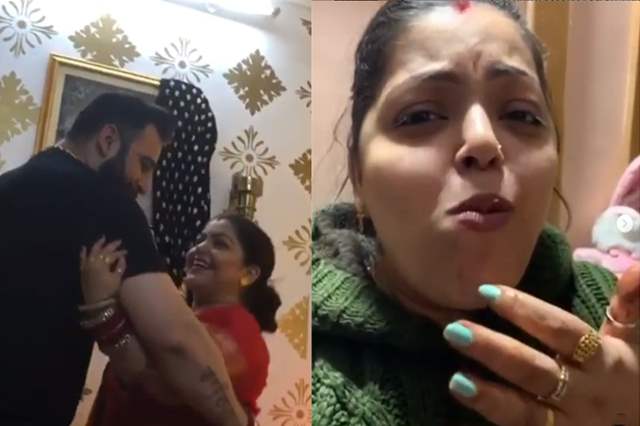 Ever since the news about actor Divya Bhatnagar passing away hit the brigade, it was indeed one of the most shocking things to have happened in recent times. The actor, merely 34 years old was struggling with COVID-19 and a few other illnesses and after fighting for a few days, she finally succumbed to it.

It it however the circus that has followed her death that now continues to get murkier as of yet. Bhatnagar's brother came out and mentioned how they have filed a complaint against Bhatnagar's husband, Gagan Singh aka Gabru for abuse. Following that, actor Devoleena Bhattacharjee also came forward to not only support these claims but also slam Singh herself in a video.

So far, Singh was quiet on this topic and a while ago, he had only opened up when Bhatnagar's brother made other allegations and she was alive. Now, in his defense and opening up for the first time after her hearth, Singh posted on social media about it where he shared some videos featuring himself and Bhatnagar in happier times - where they are dancing, eating and having some goofy fun. In the caption, he wrote, "YE THI MERI DIVYA , JISKE LIYE KUCH LOG BOL RAHE HAIN KE MAINE ISSEY JABARDASTI SHAADI KARI , MENTALLY TORTURE KARA , JISKO MAINE KAMRE MAIN BANDH RAKHA , GAALIYAN DI , MAARA PEETA , AUR SHAADI KE BAAD NAUKRANI BANA KAR RAKHA."-

Apart from this, Singh also posted a video of his clarification where he slammed Bhattacharjee and other people-

Bhatnagar's death continues to be a shocking one and the fact that there is this allegations that ensuing it makes it all the more sad.

Devoleena hits back at troll accusing her of not speaking earlier ...