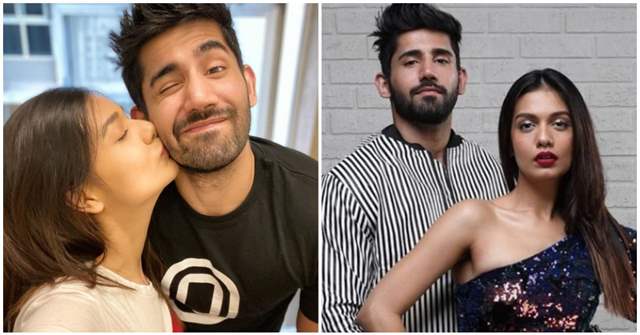 Divya Agarwal and Varun Sood who met on the reality show Ace of Space, have been one of the most cutest Jodis of the Tellyworld. The duo have never shied away from talking about their relationship and in a conversation with a leading news daily, Divya and Varun open up on their parent's reaction of them deciding to move in together.

Speaking to ETimes TV, Varun revealed that his parents are damn chill. Before this, Varun lived in delhi, so when he told them that he is going to Mumbai, they asked him will he be able to manage in Mumbai? Varun told them that Divya is there and they were fine about it then. However, for Divya, breaking the news to her parents was extremely difficult as she stays in Mumbai with her parents. The Actress have been travelling to work from New Mumbai to Mumbai since past 12 years, so when Varun was shifting to Mumbai, she just couldn't leave him alone here. She added that she didn't want to just meet him and come back.

Varun also revealed that the reason why he chose to move in with Divya is because he felt that they need to spend more time with each other and know each other. He stated that a reality show scenario is different & real is different and if their relationship survives the real world, then they will keep surviving in future as well. That's why the two decided to move in together.

These are the Contenders in Divya Agarwal and Varun Sood's Ace the ...

Varun Sood Injures Himself while Working Out!

Varun Sood Admits To Screwing Up In Relationship With Benafsha In ...

After Ragini MMS Return 2, Varun Sood and Divya Agarwal to be seen ...

Divya Agrawal and Varun Sood: We Have Moved On Already, People Should ...