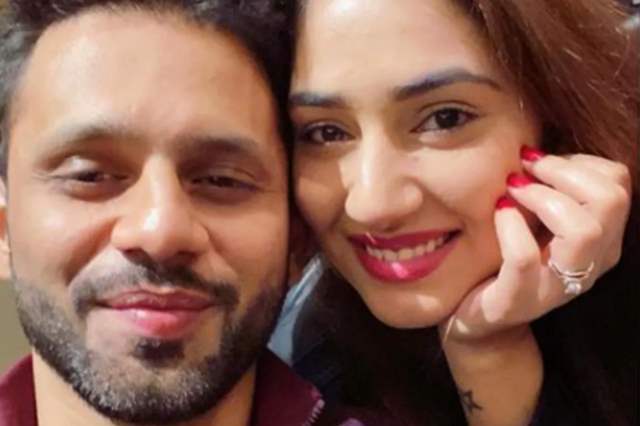 Ever since singer Rahul Vaidya went on to propose actor Disha Parmar on national television on Bigg Boss 14, the whole world has been awaiting an update on the same. While Parmar has obviously not publicly answered she did mention that 'she has sent her answer' and continues to support Vaidya in every way possible.

So, anyone who feel perplexed about Parmar's official answer can rest by looking at how she continues to offer her unconditional support to Vaidya.

Exactly on that note, the actor recently tweeted where she praised everyone out there telling how amazing they are in putting so much effort and how they deserve an applause. But it was the ending part of the tweet that totally caught attention as it read "BB 14 BELONGS TO RAHUL." Her actually whole tweet read, "You amazing people doing so much effort deserve an applaud!! BB14 BELONGS TO RAHUL"-

This became further amusing as Parmar's former co-star and friend, Nakuul Mehta replied on this tweet which read, "Also, Disha :p" to which Parmar replied "Hahaha!!"-

Imagine what wonders would this do to Vaidya if he comes to know how Parmar has been offering her support; will certainly works wonders for him.

Disha Parmar lashes out saying "Keep your suggestions to yourself"

DaddyMarvel 1 months ago Obviously, it does. It belongs to Rubina too. Abhinav isn't a true finalist, and Eijaz and Jasmin are zabardasti ke finalists. One plays a victim card 24/7 (funny he has been exposed several times), while the other literally cries 24/7 and switches modes when her support system returns to the house.