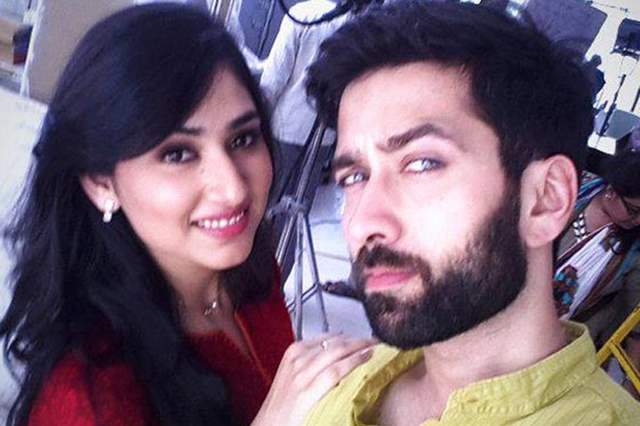 Another day and another report about upcoming show, Bade Acche Lagte Hai 2 to talk about, With the trend of sequels going on rather strong lately, Bade Acche Lagte Hai 2 has been the latest one to be in news for a rather long time. Recently, actor Divyanka Tripathi went on to confirm the she was indeed offered the show but she chose to not accept it because she did not relate to the character.

And while it has been reported that actor Nakuul Mehta will be playing the male lead, there has been a lot of conjecture as who will play the female lead after Tripathi's confirmation. And now, a latest report suggests that none other than actor Disha Parmar has been finalised to play the female lead.

As one would remember, Parmar and Mehta were paired together in Pyaar Ka Dard Hai...Meetha Meetha...Pyaara Pyaara which incidentally was their debut TV show. Now, after all this time, Parmar and Mehta are huge TV stars and this will be their reunion after on-screen after eight years. Incidentally, Parmar and Mehta share a great friendship even today.

Apart from that, Parmar recently got married to singer Rahul Vaidya after the latter proposed to her on Bigg Boss 14 and Mehta and wife, Jankee Mehta recently welcomed a baby boy, who is now six months old.

+ 7
1 years ago My favourite Adi Pankhuri are back❤Excited 😍